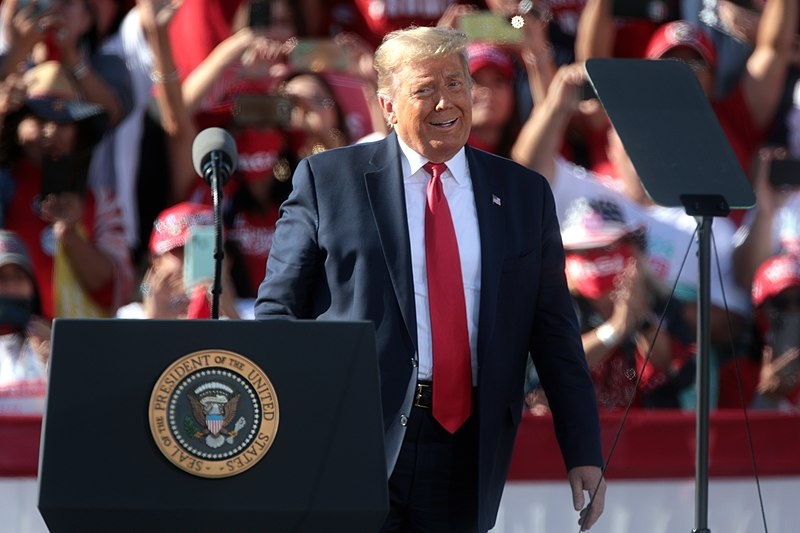 Even as former President Donald Trump has suggested every now and then about running for office again in the 2024 elections, several Republicans are being touted as possible contenders for the party.

One possible candidate has already expressed bowing out as Nikki Haley recently said she will not make a presidential bid if the former president decides to run for office again.

At a press conference following a tour of a South Carolina State University, Haley was pressed if she would support Trump again if he decides to run for another term in 2024. The former US ambassador to the UN and former South Carolina governor added that she would not run if Trump decided to make another presidential bid. Haley’s comments come as she previously spoke out against the former president following the January 6 riots at the Capitol.

“I would not run if President Trump ran, and I would talk to him about it,” said Haley. “That’s something that we will have a conversation about, at some point.”

Haley served as a member of Trump’s cabinet but resigned after two years serving as US Ambassador to the UN. The former South Carolina governor has since shown hints that she may be aspiring to make a presidential bid. Haley launched her own PAC, wrote a memoir, and charged up to $200,000 for speaking appearances.

Haley’s appearance comes two weeks ahead of former vice president Mike Pence’s upcoming visit to the state for a formal address. Pence is also being considered as a possible contender for a 2024 presidential bid.

The previous weekend saw Trump repeat his assertions about the 2020 election, while also blasting Senate Minority Leader Mitch McConnell and Pence. Trump also sought to take credit for the COVID-19 vaccines that were currently being administered to the public. Following the news of a temporary halt to the distribution of the Johnson & Johnson vaccine, Trump blasted his successor and the Food and Drug Administration.

The former president claimed the halt was a political move while the FDA favored the Pfizer vaccine over the two others, Moderna and Johnson & Johnson. Trump asserted that the Biden administration committed a “terrible disservice” for halting the distribution of the Johnson & Johnson vaccine at federal vaccine sites.

Trump quietly received a COVID-19 vaccine before leaving the White House in January.