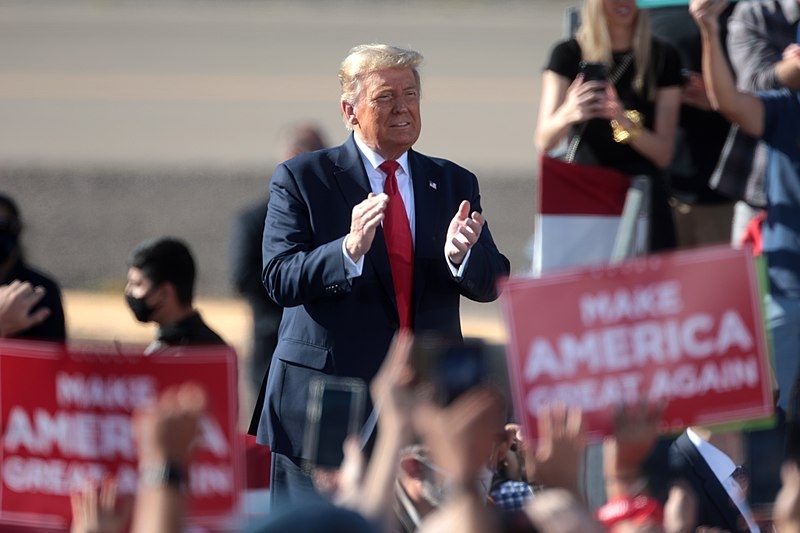 One of the most vocal critics of now-former President Donald Trump is his former fixer, Michael Cohen. Currently serving on a home confinement sentence, Cohen is seeking to have his sentence suspended as he is set to meet with Manhattan prosecutors again.

Cohen urged a federal judge Monday to have his home confinement sentence suspended. This comes as the judge is deliberating on whether he has completed his punishment through the education and work credits he obtained while in prison. Cohen’s request also comes as he is set to meet with Manhattan prosecutors for the ninth time as part of the criminal probe into the former president and the Trump Organization.

Cohen wrote to Judge John Koetl that each day that he is confined to his home is a day he is incarcerated “unlawfully.” The former Trump attorney asked Koetl to “order his release pending adjudication” surrounding the question of whether Cohen’s criminal sentence has already been completed.

“The impetus for said request stems from the well-known fact that The Bureau of Prisons conspicuously slow walks these petitions to moot the determination; especially in matters like the one before Your Honor where Petitioner will be released from home confinement in 7 months,” wrote Cohen. Should Koetl grant his request, Cohen is free to leave his home at will at least until the judge rules that he has completed his sentence.

It should be noted that Cohen’s request is not related to his ongoing cooperation with the Manhattan District Attorney Cyrus Vance and his team. Vance’s investigation is the most serious probe that Trump is facing amongst the several lawsuits and investigations against him.

Aside from Cohen, Jennifer Weisselberg, the former daughter-in-law of Trump’s longtime associate and Trump Organization CFO Allen Weisselberg, is currently providing information to Vance and his team. The Washington Post previously reported that Vance is looking into the finances and personal affairs of Weisselberg, seeking to get him to become a key witness into the operations of the Trump Organization and against Trump himself.

Vance is also said to focus on Weisselberg’s two sons, in a likely effort to increase pressure on the Trump Organization CFO. This is especially as Ms. Weisselberg turned over a collection of documents to the prosecutors last week Thursday.