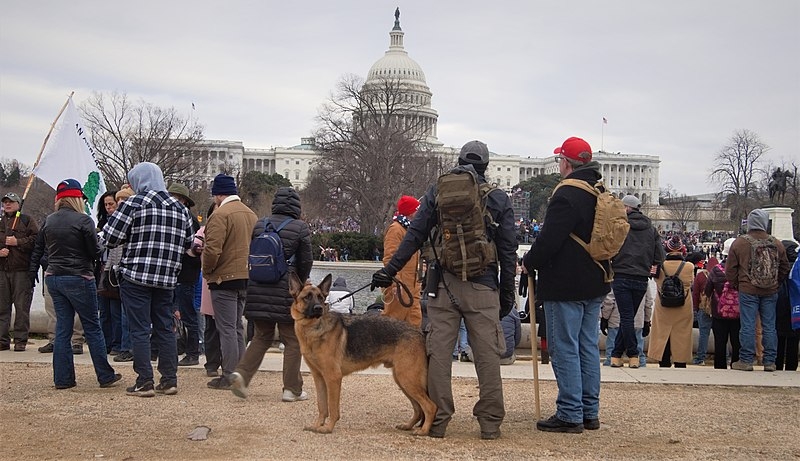 The House select committee in charge of extensively probing the events of the January 6 insurrection on the Capitol is set to start work next week with its first hearing. California Democratic Rep. Ro Khanna said that the former president, Donald Trump, himself should also testify before the panel.

Speaking on CNN, host Jim Acosta pressed Khanna on whether the select panel should eventually bring in the former president to the Capitol to discuss the events. Khanna said that the House Select Committee will not have done a thorough job probing the events if Trump is not brought in to testify. To note, the first hearing that the panel will hold next week will be for the Capitol Police officers and DC Police officers that were injured or present during the insurrection.

“Yes, I don’t see how you don’t,” said the Democratic lawmaker. “They should bring in every relevant person to the hearings …How can you say that President Trump, who was giving speeches encouraging people to go into the Capitol, isn’t a material witness?”

During his presidency, Trump was able to avoid testifying before Congress during Robert Mueller’s probe on possible Russian interference during the 2016 elections. However, now that Trump is out of office, he also loses the protections given by the White House and cannot easily avoid the subpoena. The select committee has been given subpoena power by the House.

Cheney has been appointed to the panel by Pelosi. Kinzinger is now also under consideration to be appointed to the committee. Only five spots remain on the 13-member committee, initially appointed by Pelosi in consultation with House GOP leader Kevin McCarthy, who withdrew all his nominations when Pelosi vetoed McCarthy’s appointing of Reps. Jim Jordan and Jim Banks.

Pelosi is also reportedly considering hiring a Republican as an outside adviser for the committee, according to CNN. Former Virginia GOP Rep. Denver Riggleman was seen going to Pelosi’s office this week, which may mean that he may be serving in that capacity.