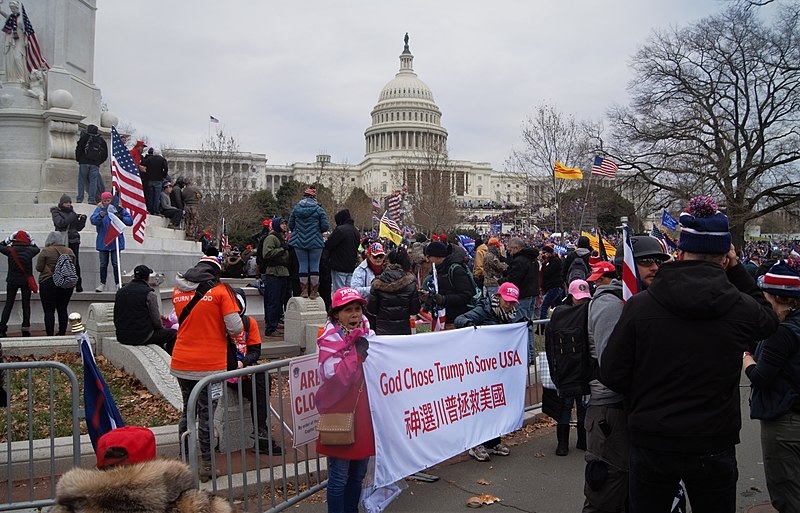 Hundreds of people who have been identified as participants in the Capitol insurrection last January 6 have already been arrested, with many awaiting trial. One member of the right-wing militia group Oath Keepers is set to plead guilty for charges related to his involvement in the riots.

A member of the right-wing militant group, Caleb Berry, is expected to plead guilty over the charges made against him surrounding the January 6 insurrection at the Capitol. Five people were killed in the violence that saw the pro-Trump mob attempt to stop the formal certification of Joe Biden’s election victory over Donald Trump. Berry is accused of plotting the insurrection on the Capitol, and according to prosecutors, Berry and his fellow rioters entered the Capitol in a military stack formation.

Berry is set to plead guilty Tuesday afternoon at a federal court. It remains to be seen whether he would agree to cooperate with the Justice Department’s long-running investigation of the conspiracy surrounding the events. Prosecutors also say that Berry, along with other anti-government extremists, went through paramilitary training and recruited others to take part.

Berry was also part of the group that attacked Capitol Police officers with chemical irritants and improvised weapons to get through the rotunda doors after keeping firearms at a nearby hotel that they retrieved the next day. Berry is the fourth member of the Oath Keepers to plead guilty for their involvement in the insurrection. The three other Oath Keepers members all agreed to cooperate as witnesses.

The mob was also targeting top Democrat Nancy Pelosi as well as then-vice president Mike Pence, who refused to overturn the election certification, much to the constant demands made by Trump leading up to the joint session. Details from an upcoming book by Washington Post reporters Carol Leonnig and Philip Rucker, “I Alone Can Fix It,” revealed that Pence also reportedly refused to leave the Capitol with his Secret Service detail.

Pence reportedly refused to leave the Capitol out of fear that he would not be able to fulfill his duty of presiding over Congress’s formal certification of votes. Pence also said that if he left, it would further “vindicate the insurrection.”