‘Battlefield 2042’ cross-play will be different for last-gen and current-gen consoles; Technical Playtest set for ’later this summer’ 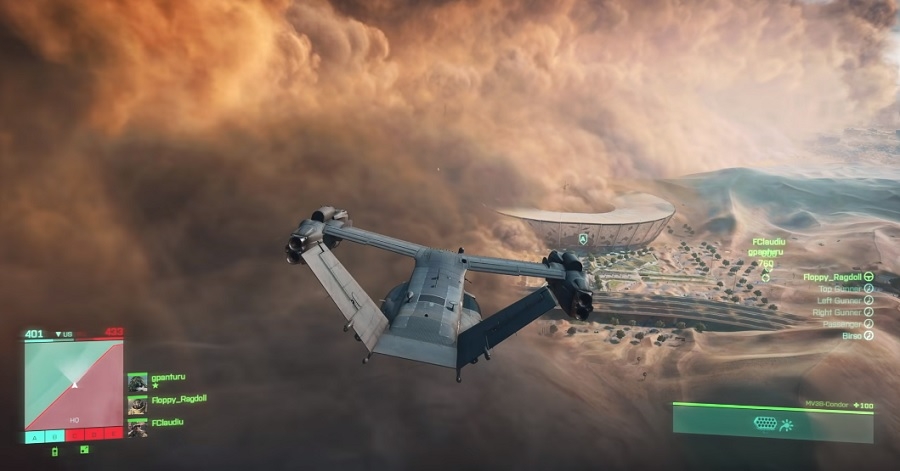 EA has provided more information on how the cross-play function is going to be implemented in “Battlefield 2042,” and there will be some differences between the last-gen and current-gen consoles. The developers also want to include this feature in the game’s Technical Playtest resulting in a slight delay.

Some fans expressed concerns when EA confirmed that “Battlefield 2042” is going to be cross-gen as this approach tends to either limit a game’s full potential on next-gen systems or lead to unstable performances on older consoles. However, the developers’ solution to this is to keep massive scale maps to PC, PS5, and Xbox Series X/S.

More playable areas in the “Battlefield 2042” maps are expected to be accessible on newer systems. The player count will also remain at 64 on PS4 and Xbox One, while the 128-player upgrade will be available on PC and current-gen consoles. The differences will also extend to the cross-play functionality of the game.

EA confirmed in the latest Battlefield Briefing that PS4 and Xbox One would be able to play together. Meanwhile, current-gen console users can join matches together, as well as gamers using PCs. Considering the differences in maps and players per match, this should not come as a surprise.

“Battlefield 2042” cross-play is confirmed as one of the features to go live during the Technical Playtest that is now slated for “later this summer,” which could be sometime in August or early September. This round of testing will be on an invite-only basis and “under strict NDA.” Interested fans can sign up on EA Playtesting to get a chance to be invited. A more accessible Open Beta will be launched later.

EA previously confirmed that “Battlefield 2042” will use AI Soldiers or bots to backfill servers. While the game does not have a single-player campaign, it will offer a Solo mode where players are sure to encounter AI Soldiers, but EA clarified it will still require an internet connection.

“‘Battlefield 2042’ is a multiplayer-only experience,” EA reminds fans. “So while you can play Solo against AI Soldiers if you’d like to practice, it will be in an online setting.”

“Battlefield 2042” will be released on all platforms on Oct. 22. Pre-orders are now open and will guarantee early access to Open Beta.