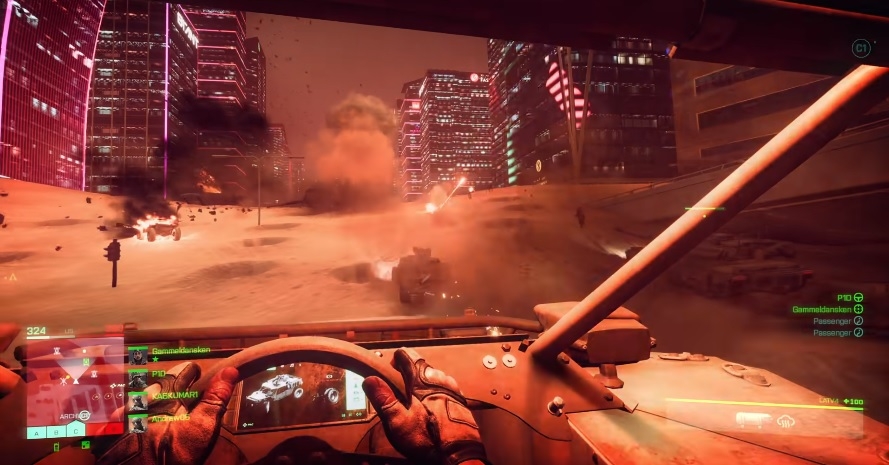 The hype for “Battlefield 2042” does not end after its official reveal earlier this month. Luckily, a reliable leaker has recently reported that EA and DICE may have at least seven trailers to release before the game launches later this year.

Even the official reveal of “Battlefield 2042” stirred plenty of speculations as it was first expected to happen in May. However, the game was not officially unveiled until early June. Since then, EA has delivered two trailers that give fans a glimpse of the game’s visuals, animation, and gameplay.

Tom Henderson, who previously shared game details that were confirmed by the available trailer, said on Tuesday, “There’s at least 7 more ‘Battlefield 2042’ trailers in the works.” It is unknown when these teasers are going to drop, but it is very unlikely to see them all in time for EA Play Live in July.

However, fans can count on seeing new “Battlefield 2042” trailers at the said event happening on July 22. There are three game experiences confirmed to launch in the upcoming first-person shooter, including the beloved All-Out Warfare that features massive scale maps that will support 128 players on PC, PS5, and Xbox Series X/S. EA also announced the new Hazard Zone “high-stakes experience.” The name of the third mode is “redacted” until EA Play Live.

In a Twitter reply, Henderson added that there are “probably 2” trailers to be released on July 22. It is then very likely that one of them will reveal what the third “Battlefield 2042” game experience is. EA has yet to reveal more gameplay demo or deep-dive presentations, so these are some of the likely trailers to be released at EA Play Live.

EA confirmed “Battlefield 2042” will not have a single-player campaign. It has sparked debates among avid fans as they question whether the game would be worth its price ($59.99) without it. The rumored trailers should give players more insight on this matter.

Aside from the full multiplayer gameplay, it was confirmed that “Battlefield 2042” will feature seven maps inspired by popular cities around the world. The game also introduces a new Specialist system letting players choose a “Specialist” with a unique Specialty and Trait. Other than that, EA hints Specialists are going to be “fully customizable.” “Battlefield 2042” will be released on Oct. 22.