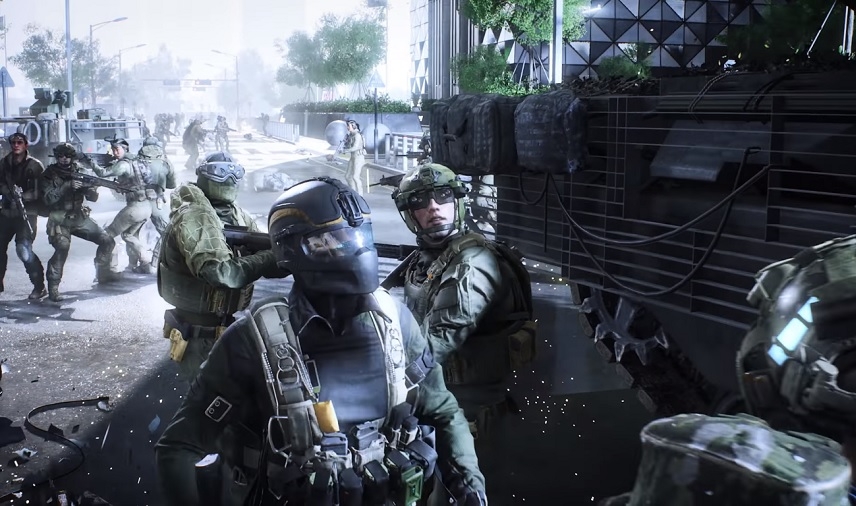 The earlier leaks have been confirmed, and “Battlefield 2042” is slated to offer the biggest maps and player count ever introduced in the franchise. However, these features will be accessible exclusively on current-generation consoles PS5 and Xbox Series X/S, as well as on PC.

When EA confirmed that “Battlefield 2042” will also launch on old-gen consoles PS4 and Xbox One, some fans became a little concerned. Due to the difference in technical capacities between the last- and current-gen consoles, many believe that launching cross-gen titles often holds back a game’s gameplay and performance to accommodate the inferior hardware.

However, EA and developer DICE may have the solution to prevent that. While “Battlefield 2042” is confirmed to double the player count from 64 to 128, this feature will be exclusively available on PC, Xbox Series X/S, and PS5. Players still using PS4 and Xbox One will still be able to enjoy the new game, but they will only be able to play with “reduced map sizes,” and the player count remains capped at 64.

The 5-minute “Battlefield 2042” reveal trailer is packed with familiar chaotic and action-packed scenes that fans of the franchise know and love. A gameplay trailer is being reserved until June 13, but the available teaser gives fans an idea of how massive the maps are going to be and what highly modern military tech to expect from the upcoming game.

What’s confirmed for now is that “Battlefield 2042” will launch with seven gameplay maps set all over the world that were all included in the 5-minute trailer. The maps to expect upon the game’s release include Orbital in Kourou, French Guiana, Hourglass in Doha, Qatar, Kaleidoscope in Songdo, South Korea, Manifest in Brani Island, Singapore, Discarded in Alang, India, Breakaway in Queen Maud Land, Antarctica, and Renewal in Eastern Desert, Egypt.

“Battlefield 2042” will be released on Oct. 22 on all platforms, but EA Play subscribers will get a free 10-hour early access on Oct. 15 that might also become available to Xbox Game Pass Ultimate subscribers. Pre-order for “Battlefield 2042” is now available and will give players guaranteed access to the open beta.