‘The Last of Us Part 2’ release date, spoilers, gameplay: Shamblers aren’t the only new and scariest mutation of the infected 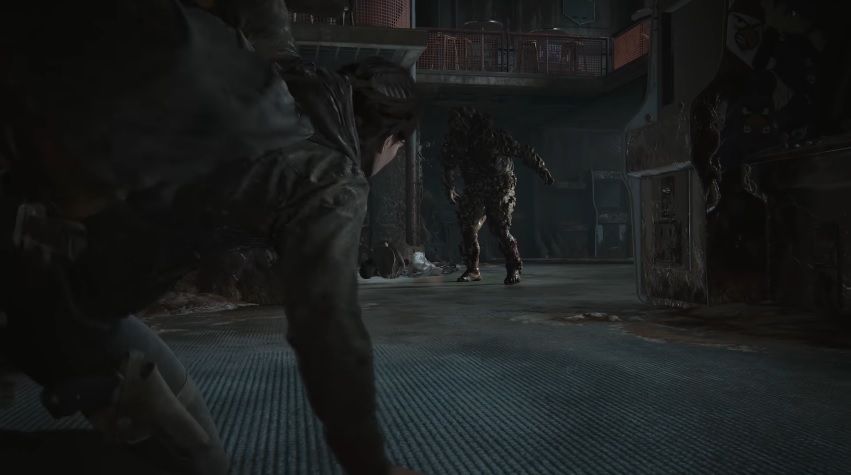 From the State of Play preview of “The Last of Us Part 2” | Photo credit: Naughty Dog via PlayStation channel / YouTube screenshot

Naughty Dog has granted fans to see more of the gameplay and story of “The Last of Us Part 2.” However, the developers decided to leave some of the biggest and scariest challenges a mystery until the sequel’s launches this month.

‘The Last of Us Part 2’s’ one monstrous surprise

It has been a while since the developers announced that a new mutation of the infected will plague “The Last of Us Part 2,” and they are called Shamblers. What makes them unique from the early stages of infected is that they practically have a weapon as they secret a burning cloud of gas once they come close to their targets.

However, PlayStation’s “The Last of Us Part 2” State of Play preview confirmed that the Shamblers are not the only new mutations of infected debuting in the sequel. Naughty Dog VP and game director Neil Druckmann described the mystery enemy as, “Our most terrifying and lethal new forms of infected.”

Druckmann did not give away any information about the new infected, but its monstrous roar in the video should be enough proof of how frightening it could be. Fans can hear it from the video below.

Meanwhile, Shamblers and the unnamed stage of infected are not replacing the other forms of zombies that fans encountered from the first game. This only means that there is still no cure developed in “The Last of Us Part 2.” It was also implied that they may have grown in number as the Runners – newly infected individuals – are “more numerous” in the game. Players should still brace for the appearance of the blind yet deadly Clickers as well as the stealthy and very violent Stalkers.

As the launch of “The Last of Us Part 2” approaches, the game appears in more promo videos. One that was recently getting most of the attention is the sequel’s TV commercial where Ellie is seen singing to Dina.

Avid fans will also appreciate the possibility that Ellie may have finally learned to play the guitar from Joel. In the said teaser, the “The Last of Us Part 2” main protagonists sings an unplugged version of New Order’s “True Faith.” The game will be released in physical and digital copies on Tuesday, June 16 on PlayStation 4.