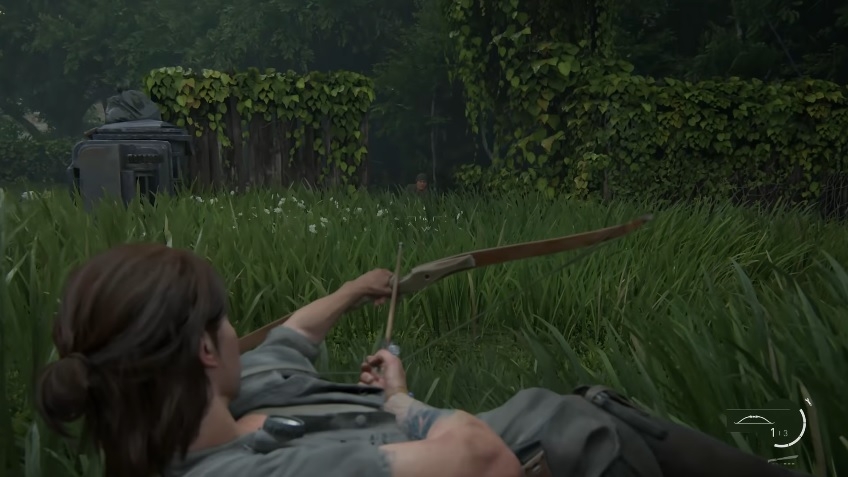 From the “The Last of Us Part 2: Inside the Gameplay” special | Photo credit: PlayStation Europe / YouTube screenshot

As promised, Sony PlayStation released an “Inside the Gameplay” preview for fans anticipating the release of “The Last of Us Part 2” next month. While it was not as comprehensive as a hands-on demo, it still allowed gamers to view new mechanics that will come in handy when they start playing as Ellie, a smaller and “more nimble” playable character.

‘The Last of Us Part 2’ gameplay

“The Last of Us Part 2” players will explore the campaign as Ellie – a huge change from the first game where they played as Joel. This has far-reaching effects in the way the sequel is going to be played.

Director Neil Druckmann pointed out that Ellie is “very small and more nimble” compared to Joel’s built, and this has led to the three main mechanics gamers could use in the game – jumping, staying prone, and dodging. Ellie’s size compared to Joel makes her a more agile playable character, so it makes sense for Naughty Dog to replace the climbing mechanic with the jump button. Ellie can leap across parked buses and onto more elevated roofs in “The Last of Us Part 2” to either run away from attackers or just gain a better vantage.

The core of Ellie’s adventure in “The Last of Us Part 2” is to exact revenge. However, developers revealed there are several fighting factions in Seattle, and she has to find the specific group that wronged her. This means she has to face hordes of Infected and various groups of human enemies along the way, very likely by herself on most parts of the journey.

It then explains why most parts of the gameplay preview show Ellie sneaking around compounds and stealthily killing enemies, and this is where staying prone becomes very useful. Again, being smaller than Joel, Ellie is more capable of laying flat on the ground and hide in the grass to survey the surrounding. She can also crawl down large vehicles and other types of debris to either hide or attack. Druckmann noted, though, that NPCs in “The Last of Us Part 2” are smarter. They will soon realize that Ellie is hiding under things, and when they find her, things will get nasty very quickly.

Lastly, the truth is Ellie might not have the same combat prowess Joel possessed in the first game. Her built and level of physical strength also means she cannot always brawl her way out of every stage of the game, so she has to just run away from combat sometimes. This makes dodging an important gameplay element. Because survival is one of the main themes of “The Last of Us Part 2,” this plays well with the concept that Ellie has to make better choices at times and know when is the right time to attack or avoid the enemies’ blows and escape.

Sony and Naughty Dog did not have the best previous weeks, to say the least. After canceling the May 29 launch due to COVID-19, crucial cutscenes of the sequel got leaked online inciting a massive backlash. However, the video game companies appear to be soldiering through these incidents and have now fixed a final release date for “The Last of Us Part 2” on Friday, June 19.