‘The Last of Us 2’ release date, new enemies, gameplay: Who is Nora and why is Ellie looking for her 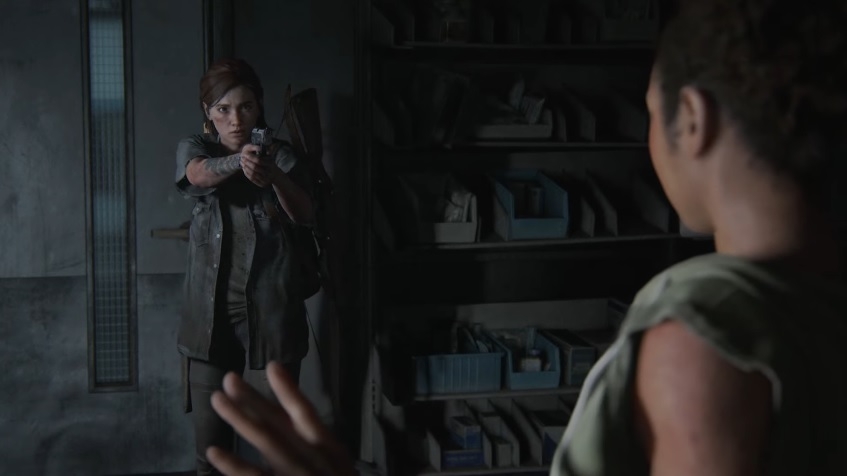 From the “The Last of Us 2” gameplay trailer released on the State of Play presentation on May 27, 2020. | Photo credit: Naughty Dog via PlayStation channel / YouTube screenshot

With just a few weeks left before “The Last of Us 2” is finally out, Naughty Dog and Sony unveiled an all-new gameplay preview that also revealed a new character named Nora. She is clearly not on good terms with Ellie, but the reason for their strained history is unknown.

The biggest surprise in the almost 24-minute of “The Last of Us 2” State of Play online presentation on Wednesday was the new 8-minute gameplay preview. In it, Ellie sneaks into a heavily guarded compound of an unidentified group to find a woman named Nora.

Nora is one of the new faces to watch out for in “The Last of Us 2,” but the gameplay teaser gives several clues about her affiliations. For one, fans could rule out that she is a member of the Seattle’s religious zealots Seraphites just based on her clothing and the lack of a self-inflicted deep cut on her face.

However, Nora’s attire seemingly resembles that of the Fireflies. The first game established that the Fireflies have an advanced knowledge in medical science, which explains why they ordered Joel to deliver Ellie to them to develop a vaccine. In the new “The Last of Us 2” trailer, Ellie finds Nora in the hospital building and in a room where there appears to be a rack of medical supplies.

Ellie also addresses Nora as if they have met before in a rather unforgettably devastating scenario. If Nora turns out to be a high-ranking member of Fireflies in the present timeline, then the tragic event that will send Ellie to a path of vengeance could also be connected to the Fireflies. This might sound like a stretch, but considering that the role of the Fireflies in “The Last of Us 2” is still a huge secret, many possibilities might connect Nora to the group.

The road to the release of “The Last of Us 2” has not been smooth as the sequel’s release date got delayed twice. Naughty Dog also faced a backlash recently after allegedly leaked cutscenes led many fans to boycott the game. But all that is in the past now, and the game is now finally set to launch on Friday, June 19 on PlayStation 4.