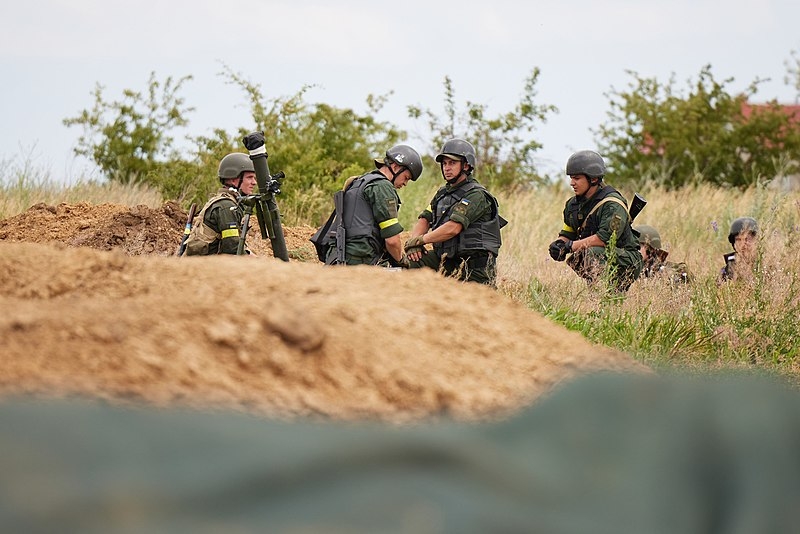 Kyiv has confirmed that the weapons pledged by the US arrived in Ukraine this week. The weapons that arrived include the powerful High Mobility Artillery Rocket Systems, as Ukraine looks to reverse the course of the war in its favor.

Reuters reports that Ukrainian defense minister Oleksii Reznikov shared on social media that the US’ HIMARS weapons have arrived in Kyiv, thanking his US counterpart Lloyd Austin. Reznikov did not disclose how many of the HIMARS systems arrived in Ukraine.

“Thank you to my US colleague and friend Defense Secretary Lloyd Austin, for these powerful tools! Summer will be hot for Russian occupiers, and the last one for some of them,” tweeted Reznikov.

Ukraine has said it needs the HIMARS systems to match up to the range that Russian rocket systems have. The same rocket systems are being used by Russian forces to bombard Ukraine’s Donbas region, which is occupied by pro-Russian separatists.

Washington said that it has received assurances from Kyiv that Ukraine will not use the longer-range weapons to attack Russian territories out of concerns of an escalation. Moscow has also warned that it will continue to bombard targets in Ukraine that have not yet been hit should the West continue to supply Kyiv with weapons.

Russia invaded Ukraine back on February 24 in what Moscow claims to be a “special military operation.” The West, led by the United States, has imposed numerous sanctions on Moscow as punishment for its unprovoked aggression against Ukraine.

In the Russian-occupied Kherson territory of Ukraine, Reuters reports an assassination was carried out on its leader, Dmitry Savluchenko, who died from a bomb blast Friday. Savluchenko was the head of the families, youth, and sports department of the Russian-installed Kherson Military-Civilian Administration.

Russia’s TASS news outlet said there were two burned cars in a courtyard in Kherson, where the blast took place. The windows of one four-story house were also found to be shattered.

Kherson is northwest of the Ukrainian territory of Crimea, which Russia annexed in 2014 and was occupied during the early days of the war. A majority of the local population has left the area.