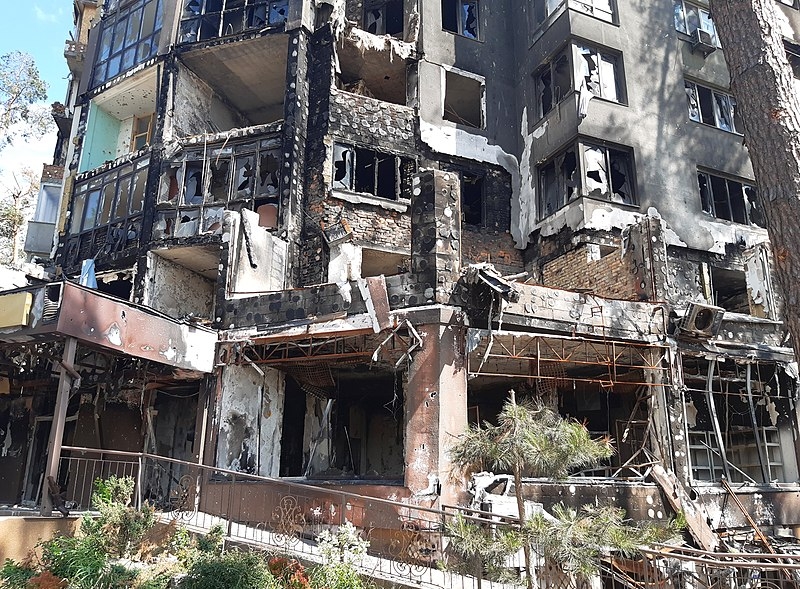 Thousands have been killed in the war Russia is waging on Ukraine, which is moving towards its fourth month since the invasion in February. An investigation found that Ukrainian journalist Maks Levin and a soldier accompanying him were killed by Russian forces.

Following an investigation, Reporters Without Borders revealed that Ukrainian journalist Maks Levin and the soldier accompanying him, Oleksiy Chernishov, were killed in the first weeks of Russia’s invasion of Ukraine.

The bodies of Levin and Chernishov were found in a forest near the village of Huta-Mezhyhirska, which is 30 kilometers north of Ukraine’s capital Kyiv on April 1.

The group suspected that Levin may have been looking into the Russian-occupied lands for his photo-taking drone. Levin was reportedly wearing the blue armband similar to those worn by Ukrainian soldiers and occasionally shared information he collected from his drone with Ukrainian forces.

“But the use of his drone was first and foremost a journalistic endeavor, confirmed by his entourage and shown by the images sold to the media since the start of the Russian invasion,” the group said in its report on Levin and Chernishov’s killing that was published Wednesday.

14 bullet holes were found in the hulk of their car, which was set on fire. Levin was found on his back with no burn marks but with three bullet impacts visible, one in the chest and two in the head.

Disused Russian positions nearby were also found at the scene, as well as a can of petrol, packets of cigarettes, food rations, and other litter seemingly left behind by the Russian forces that occupied the area.

Some of Levin and Chernishov’s things were also recovered, including the soldier’s ID papers and parts of his bulletproof vest, and the photographer’s helmet.

The majority of the heavy fighting appears to be in the region of Luhansk, which is also occupied by pro-Russian separatists. Ukraine has fiercely resisted Russia’s offensives so far as countries continue to send Kyiv military assistance.

Officials of the Novoshakhtinsk oil refinery in Russia’s Rostov region reported that the plant was struck by a drone attack, resulting in a blast and a ball of flame. The first attack hit a crude distillation unit, while the second attack targeted the crude oil reservoirs.