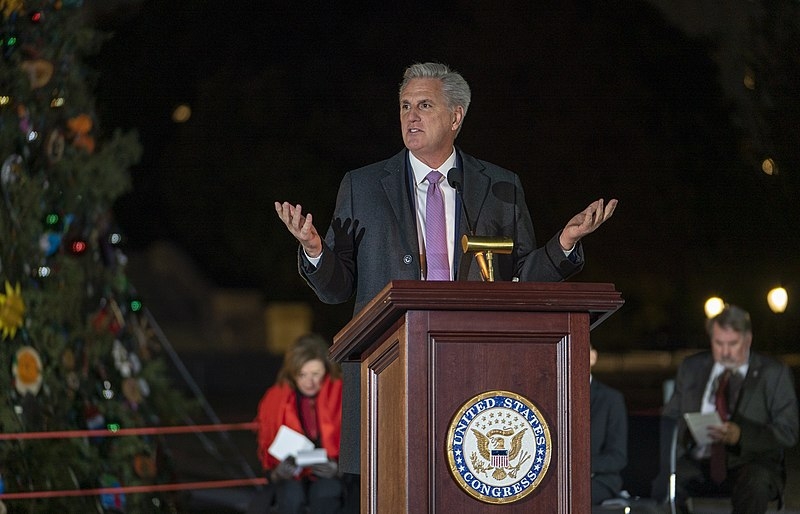 In the ongoing probe by the House Select Committee for the Capitol insurrection, House Minority Leader Kevin McCarthy has become one of the key witnesses with information about the riots. According to a former federal prosecutor, McCarthy may have walked himself into becoming a “marquee witness” against former President Donald Trump.

Former federal prosecutor Glenn Kirschner made the case as to why McCarthy has become a “marquee witness” against the former president. Kirschner cited the clips of McCarthy saying that Trump “bears some responsibility” for inciting the Capitol insurrection on January 6 and his recent comments trying to avert the blame away from the former president. Kirschner said that McCarthy must testify before the committee under oath.

Kirschner also noted McCarthy’s visit to Trump’s Mar-a-Lago residence, after which he walked back on his comments on January 6.

“Undoubtedly some arm-twisting by Donald Trump and Kevin McCarthy emerges with a new story,” said Kirschner in a video he posted on social media. “First, if you were the first phone call that came into Donald Trump, what did you tell him was happening? What did he know was happening?”

“Number two: You said Donald Trump said he didn’t see it,” Kirschner continued. “Then finally, most importantly and most egregiously, you said when you spoke with him in that very first phone call at the front end of the Capitol attack which he said he hadn’t seen yet, he said he will put something out to make sure it stops. And then he didn’t. For more than three hours. You need to testify about all of that Kevin.”

With the November midterm elections taking place this year, Republicans are suspected of having a good chance of regaining the majority in the House according to the new redistricting rules and gerrymandering. McCarthy recently pledged that if he becomes House Speaker after the November midterms, he would strip committee assignments off several Democrats.

McCarthy named Reps. Ilhan Omar, Eric Swalwell, and Adam Schiff as the representatives he plans on stripping committee assignments from.