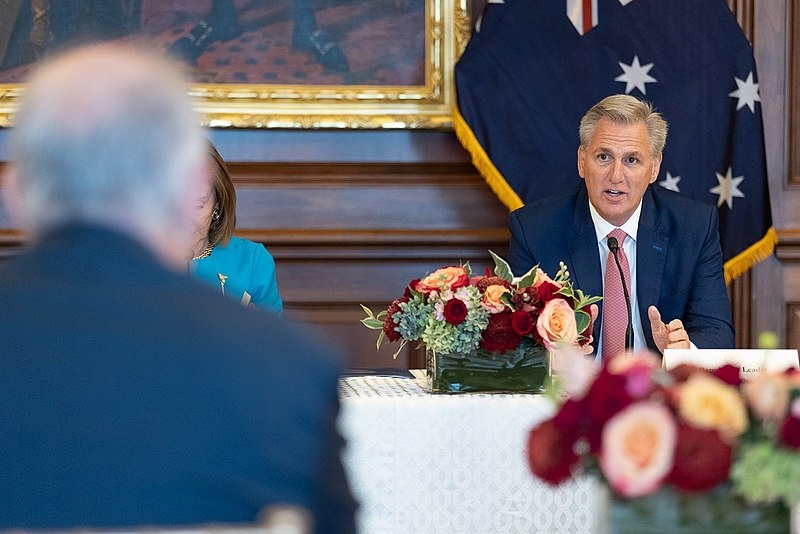 MSNBC host Yasmin Vossoughian read out the statement issued by McCarthy regarding the backlash that Boebert received. Boebert was captured on video ranting about Omar, claiming that the Democratic congresswoman was mistaken for a terrorist in an elevator at the Capitol. Boebert also referred to Omar as “Jihad squad.”

Omar responded to Boebert’s claims, saying that her story is completely untrue. “Fact, this buffoon looks down when she sees me at the Capitol, this whole story is made up. Sad she thinks bigotry gets her clout,” tweeted the Minnesota congresswoman.

In the statement, McCarthy said he spoke with Boebert regarding the remarks and that she had apologized and has reached out to Omar to meet with her next week. The House Minority Leader added that he had also spoken with House Majority Leader Steny Hoyer to facilitate the meeting between Boebert and Omar. However, Vossoughian pointed out that McCarthy did not condemn the Islamophobic remarks made by Boebert.

“So that’s his audience and that’s who he’s playing to...Kevin McCarthy is trying to maybe look like something -- I can’t say like a leader, because he’s just not -- and he’s just become pathetic,” del Percio added.

McCarthy has also drawn backlash for his non-response to the scandal involving GOP Rep. Paul Gosar, who shared an anime video depicting him killing Democratic Rep. Alexandria Ocasio-Cortez and threatening US President Joe Biden. Gosar has since been censured and stripped of his committees on a bipartisan vote. The House Minority Leader issued a statement a week after Gosar shared the video, saying that he spoke with the Arizona congressman and that Gosar took the video down.

In his statement, McCarthy also did not condemn Gosar’s actions.