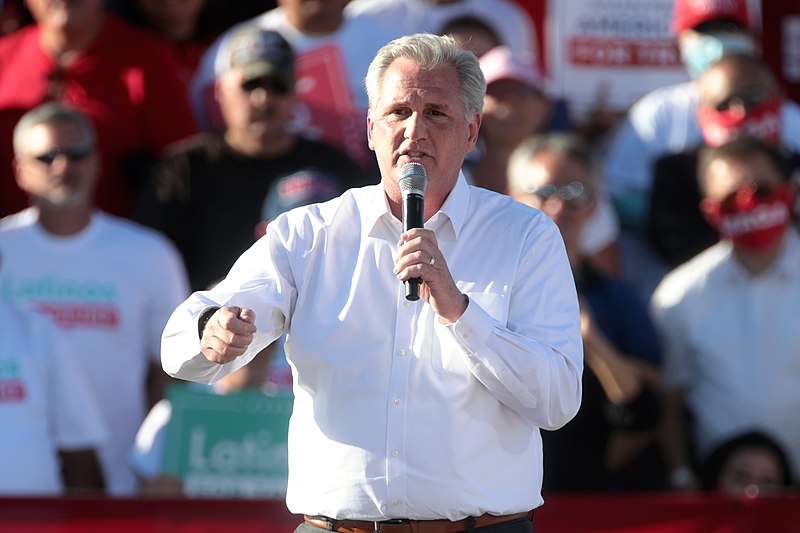 The conflict started when Mace criticized Colorado GOP Rep. Lauren Boebert for her Islamophobic rhetoric against Democratic Rep. Ilhan Omar. Greene seemingly came to Boebert’s defense and called Mace “trash,” to which Mace responded that the Georgia congresswoman, who is also known for peddling conspiracy theories, is “insane.”

McCarthy has been on the receiving end of a lot of criticism as of late. McCarthy has been criticized for his hours-long speech delaying the vote on the Build Back Better legislation, as well as his slow response to the actions of Greene and Arizona GOP Rep. Paul Gosar. Gosar was recently censured and stripped of committee assignments for a controversial social media post targeting Democratic Rep. Alexandria Ocasio-Cortez and President Joe Biden.

Following the rhetoric aimed by Boebert to Omar, Ocasio-Cortez blasted the House Minority Leader for failing to take action on members of his caucus who are allowing violent threats to be made against people of color in Congress. Ocasio-Cortez referred to the video of Omar replaying a threatening voice message sent to her following Boebert’s Islamophobic attacks against her.

“People don’t truly understand the scale, intensity, & volume of threats targeting Congresswoman Omar. Kevin McCarthy is so desperate to be speaker that he is working with his Ku Klux Klan caucus to look aside & allow violent targeting of WOC members in Congress. This cannot be ignored,” said the New York congresswoman.