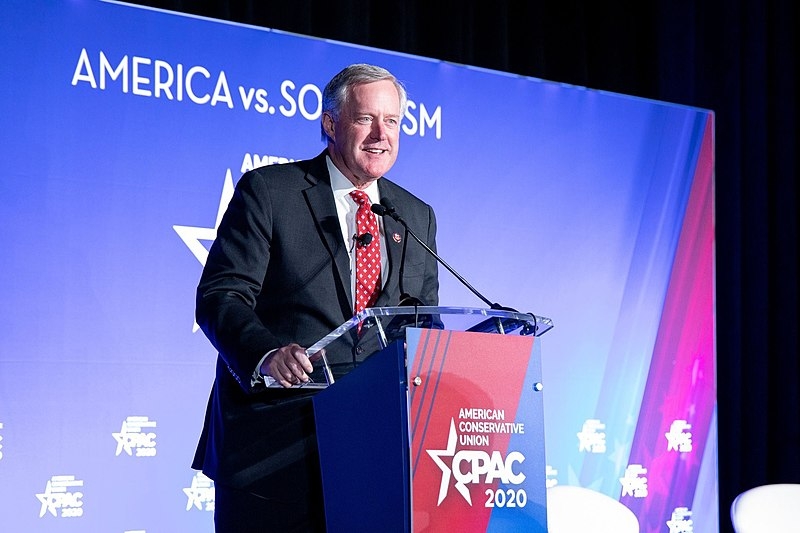 Former Trump chief of staff Mark Meadows is under fire from the January 6 congressional committee, and recently he is also under fire from authorities in North Carolina for alleged voter fraud. Following the report of Meadows’s removal from the state’s voter rolls, former Democratic Senator Claire McCaskill has called for Meadows to be prosecuted for voter fraud.

Speaking with Nicolle Wallace on MSNBC, McCaskill weighed in on the report that Meadows was removed from North Carolina’s voter rolls when he was found to have registered at an address he was never seen in and voted in Virginia in 2020 and 2021. The state’s Democratic Attorney General Josh Stein reportedly launched a probe last month after the reports surfaced.

“Prosecute him,” McCaskill added. “Put him in jail.”

Meadows is in the crosshairs of the congressional committee’s investigation into the efforts by the former president and his allies to overturn the 2020 elections that culminated in the January 6 riots. Meadows was criminally referred to the Justice Department when the House voted to hold the former chief of staff in contempt for his refusal to cooperate with the panel’s subpoena despite initially cooperating.

Back in March, the Washington Post reported that among the text messages that were revealed between Meadows and far-right activist Ginni Thomas – the wife of sitting Supreme Court Justice Clarence Thomas – Meadows admitted that “Kraken” lawyer Sidney Powell had no proof to back up her claims that election fraud was the reason for Donald Trump’s election defeat.

Journalists Bob Woodward and Robert Costa reported that on November 22, when the former president granted attorneys Rudy Giuliani and Jenna Ellis to declare that Powell is not part of the legal team, Thomas reached out to Meadows, apparently trying to understand why the legal team is distancing themselves from Powell.

Meadows then replied that Powell “does not have anything or at least won’t share if she does,” to back up her claims of fraud in the 2020 elections.