Mark Meadows registered to vote at address he never lived in or stayed, says former landlord 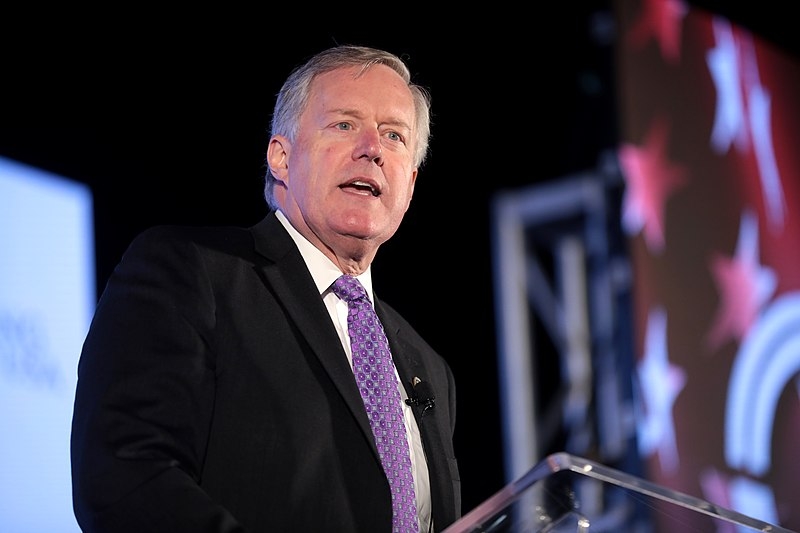 Donald Trump’s White House Chief of Staff Mark Meadows is coming under scrutiny again, but this time it is regarding his voting records. A report has emerged that Meadows registered to vote with an address in North Carolina that he has never lived in or stayed.

This week, WRAL confirmed a report by Charles Bethea of The New Yorker revealing that Meadows used an address of a mobile home in North Carolina as his voting address, but that the former congressman never lived or stayed in that home once. The report notes that upon taking the job of chief of staff for Trump, Meadows and his family rented the home in 2020 before it was sold to someone else.

The former owner then told WRAL that the former congressman has never lived in the mobile home nor stayed there. The former owner only recalled seeing Meadows’ wife staying at the place“for a night or two.”

This confirmation comes from Bethea’s report that has raised questions regarding Meadows’ voting records. The reports that the Meadows family sold their home in North Carolina for a condo in Virginia, but never actually bought another home in North Carolina despite their voter address remaining in the state while using the mobile home they never stayed in or lived.

This follows other instances of Republican politicians using fake voting addresses. Former Republican Rep. Steve Watkins was charged with several felonies after the lawmaker was found to use the address of a UPS store as his voting address.

Meadows was previously under scrutiny for defending his former boss’s penchant for destroying White House records, having compared it to House Speaker Nancy Pelosi’s ripping of Trump’s State of the Union address. Conservative columnist for the Washington Post Greg Sargent criticized Meadows’ comparison, saying that by the time Pelosi tore up Trump’s speech, he had already delivered most of it.

Sargent stressed that withholding – or destroying, in Trump’s case – presidential documents might have denied the public information and likely violated the Presidential Records Act. Sargent also criticized the media for allowing Republicans to get away with lying or spinning stories to help Trump and allowing Meadows to get away from it.