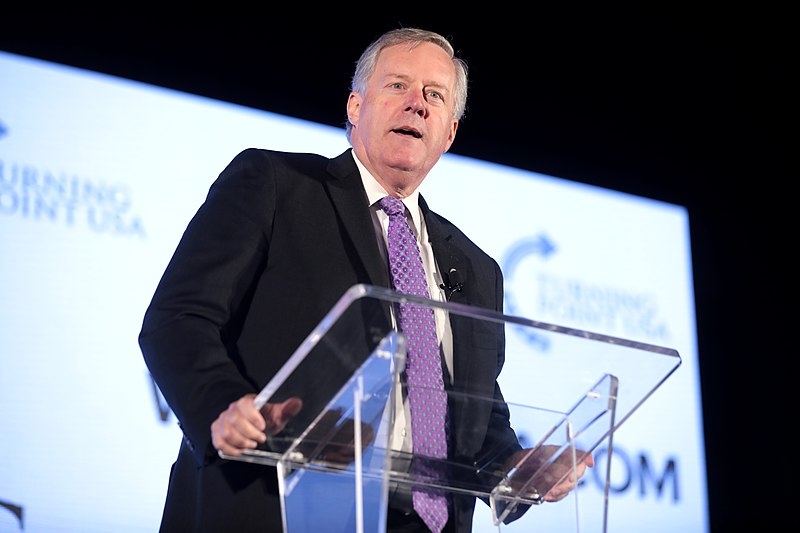 A report by the Washington Post revealed that the former congressman’s wife, Debra Meadows, filled out a one-stop voter application form for an early ballot in the 2020 elections. Mrs. Meadows also filed for an absentee ballot for her husband, where she certified that she lived in a small mobile home in North Carolina for at least 30 days despite never having lived there.

The outlet found that Mrs. Meadows filed an application for voter registration, an absentee ballot, and a one-stop application. If falsely filled out, then Mrs. Meadows may also face legal consequences. Mrs. Meadows was also reported to have case her ballot in 2020 for a primary runoff, listing an address that was no longer considered valid.

The former Trump official also appeared to have signed a voter registration form ahead of the same primary but did not cast a vote. North Carolina officials announced last week that they would be investigating the matter as a potential voter fraud case.

To note, North Carolina requires a voter to have resided in the county they are registered in for at least 30 days before the election. Both Mark and Debra Meadows listed a P.O. box in a town around 70 miles from their mobile home as their mailing address. Both voter registration forms that were filed on September 19, 2020, listed their move-in date as the next day.

Meadows is already criminally referred to the Justice Department by Congress when the former chief of staff no longer cooperated with the Congressional committee probing the January 6 insurrection at the Capitol. Meadows initially engaged with the committee and turned over records but later on refused to cooperate, likely under the direction of the former president.

Back in February, a former speechwriter for GOP Senator Ted Cruz told CNN that Meadows left quite a paper trail as he looked to overturn the 2020 elections to keep Trump and Republicans in power.

In a piece for The Bulwark, Amanda Carpenter described Meadows as the “Holy Spirit of all Trump’s insane election schemes, the hidden hand that moved Trump’s ideas into action and tested the realms of presidential possibility – legally and otherwise.”