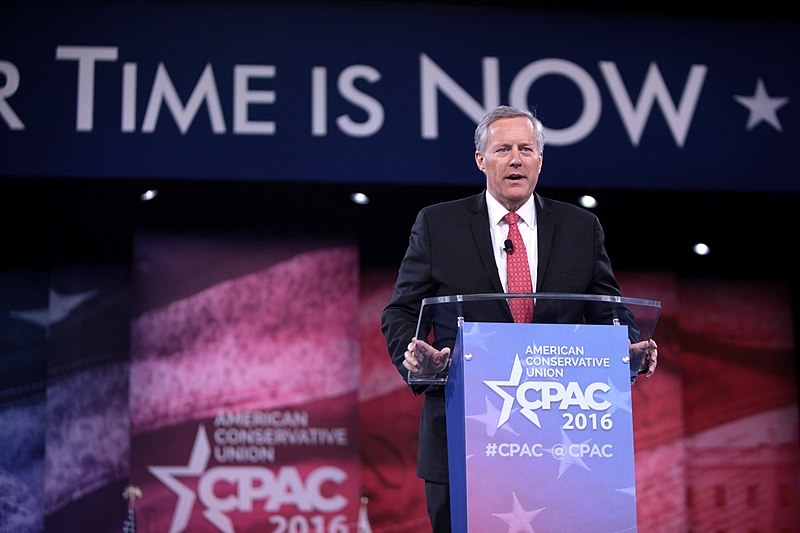 Former Trump White House Chief of Staff Mark Meadows has come under fire again this week, following the reports that revealed how the former congressman may have committed voter fraud himself. As a result, Meadows was removed from the voter rolls in North Carolina when he was found voting from Virginia.

According to The Asheville-Citizen Times, the former chief of staff to Donald Trump was now removed from the voter rolls in North Carolina by Melanie Thibault, the director of the state’s Board of Elections. Thibault told the paper that upon investigation, she found that Meadows was also registered in Virginia and that he voted in a 2021 election. Thibault noted that Meadows last voted in Macon County in 2020.

This follows reports of the couple claiming to reside in a small home in Scaly Mountain, but the former chief of staff himself was never seen at the address.

Last week, CNN reported that Trump’s son, Donald Trump Jr., texted Meadows with ways they can overturn the 2020 election results and stay in power, marking another revelation that implicates not only Meadows but also the former president’s son.

Trump Jr. sent a text message to Meadows before news outlets would ultimately call the election for Joe Biden, suggesting ways to overturn the 2020 election results. Trump Jr. claimed that they had control of everything.

The messages to Meadows are part of the records obtained by the congressional committee investigating the January 6 insurrection and the efforts by the former president and his allies to overturn the 2020 election results. Trump Jr.’s lawyer denied that the message was written by the former president’s son and that it was likely forwarded from someone else.

The text messages by Trump Jr. advanced a version of the plan drafted by John Eastman that included Congress rejecting the slates of electors in the states that went to Biden and replacing them with pro-Trump electors who would call the election for the former president.