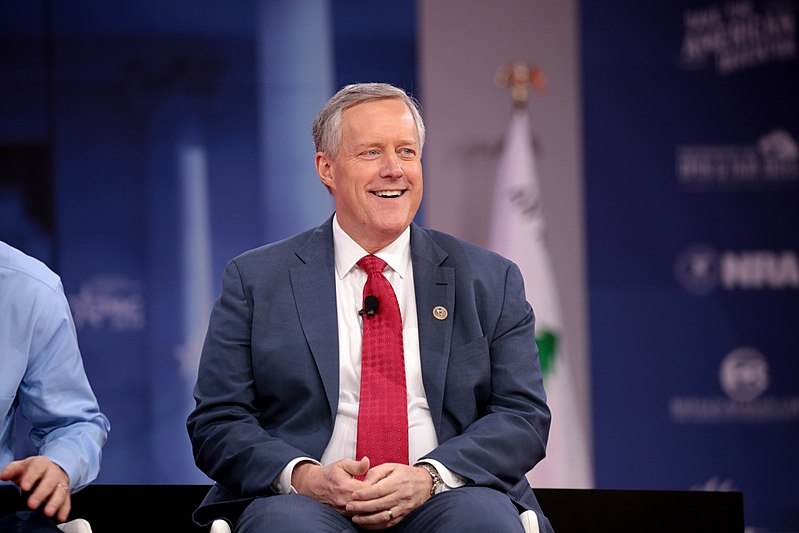 In the ongoing probe by the congressional committee regarding the events that led to the Capitol insurrection of January 6, 2021, the involvement of a sitting Supreme Court justice’s spouse was revealed. A new report revealed that the wife of Justice Clarence Thomas pushed Trump’s Chief of Staff Mark Meadows to support “Kraken” lawyer Sidney Powell in peddling conspiracy theories of the 2020 elections.

The Washington Post reports that Thomas’s wife, Ginni Thomas, in texts to Meadows, pushed for the support of Powell, who spread conspiracy theories that the 2020 election was rigged against Donald Trump. Ginni Thomas wanted Powell to become the “lead and face” of the now-former president’s legal team in actively contesting election results in several states that were won by Joe Biden. All the lawsuits contesting the results failed.

The texts between Meadows and Ginni Thomas are among the thousands of messages obtained by the congressional committee from Meadows when the former chief of staff initially complied with the subpoena. The committee so far has 29 text messages exchanged between Ginni Thomas and Meadows from November 2020 to January 2021, all related to the 2020 elections.

One text message, according to the outlet, dated November 13, 2020, reveals Thomas telling Meadows that she forwarded to him an email she also sent to Jared, who is likely White House adviser Jared Kushner.

“Just forwarded to yr gmail an email I sent Jared this am. Sidney Powell & improved coordination now will help the cavalry come and Fraud exposed and America saved,” said the message.

At the time, Powell was pushing claims that the companies producing the voting machines used in the 2020 elections were secretly working to steal millions of votes from the now-former president to Biden. However, some Trump officials attempted to distance themselves from Powell upon learning that there was no evidence to prove the claims.

Meanwhile, GOP Rep. Adam Kinzinger, who serves on the congressional committee, said over the weekend that he was not convinced that Meadows turned over every relevant document to the committee.

“I’m not confident that Meadows has handed over everything at all,” Kinzinger told host John Dickerson on CBS “Face the Nation” Sunday. “He was cooperating with us for a little bit, but in an attempt to make Donald Trump happy, he stopped cooperating.”