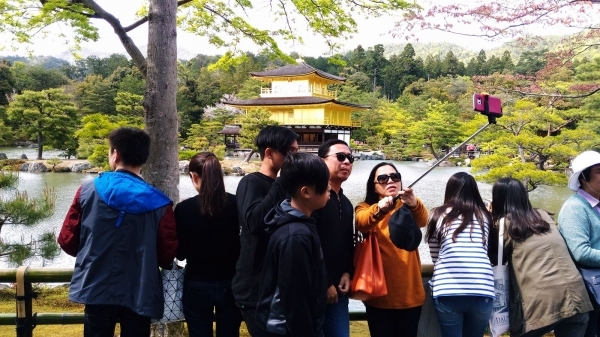 There were 9.59 million people that visited Japan last year, including about 370,000 for business.

Japan and China are hopeful that the easing of border controls and compulsory 14-day quarantine requirements to expedite their economic recoveries.

The two countries started accepting visa applications for business travel despite a rapid resurgence of infections in Japan.

Under the agreement, both countries will exempt businesspeople on short-term visits from the usual 14-day quarantine period upon arrival.

However, they must test negative for the coronavirus and submit an itinerary in advance.

The requirements remain in effect for expatriates and other long-term residents.

For his part, Japanese Foreign Minister Toshimitsu Motegi said he expects the resumption of travel to contribute to promoting human exchanges, despite coming under difficult circumstances.

Motegi and Wang reached an agreement to resume business travel by the end of this month.

Officials of major Japanese manufacturers welcomed the easing of border controls with China, saying they can move forward with product development, the launching of new projects, and capital investments that were stalled by the pandemic-triggered travel restrictions.

An official of ANA Holdings Inc. said that they are hoping that full-scale traffic between the two countries is realized as soon as possible.

China accounted for the largest number of Japan's foreign visitors in 2019.

According to data from the Japan National Tourism Organization, there were 9.59 million people that visited Japan last year, including about 370,000 for business.