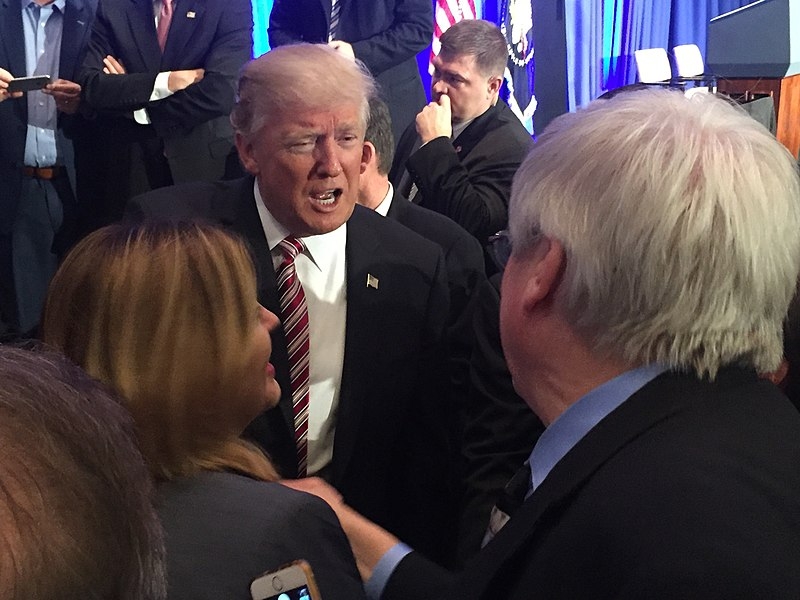 Former President Donald Trump is facing investigations from the Manhattan District Attorney and the New York Attorney General into his business practices. Trump’s former fixer Michael Cohen revealed that the former president once told him that his son Donald Trump Jr. could better handle prison time compared to his daughter Ivanka Trump.

Speaking with Alex Witt on MSNBC, Cohen recalled a conversation in 2012 with the former president, where Trump was apparently concerned about his daughter’s well-being should she be sent to jail. The former president then suggested that he thinks Don Jr. could cope with prison time better.

“You may recall that there was the district attorney’s case here for Trump Soho where it was either Don or Ivanka was in very big trouble as a result of lying about the number of units that had been sold,” said Cohen.

“And Donald said it to me – I mean I wouldn’t say it if it wasn’t said directly to me – he goes ‘if one or the other has to go to prison, make sure that it’s Don because Don would be able to handle it,” added Cohen.

When it came to the congressional committee investigating the January 6 Capitol insurrection and its request for Ms. Trump to voluntarily testify, Cohen said that he does not expect the former first daughter to voluntarily appear before the panel. Cohen suggested that Ms. Trump would also likely invoke the 5th Amendment, saying that “Ivanka is only interested in Ivanka.”

Over time as the investigation into the riots continues, more evidence reveals the desperate attempts made by the former president and his allies to stay in power and overturn the 2020 elections. One of the damning pieces of evidence that have surfaced as of late was a draft of an executive order dating December 16, 2020, that would have the military seize all the voting machines.

According to a former federal prosecutor, this draft executive order provides more clues for the congressional committee in its investigation of the insurrection. Former US attorney Joyce Vance wrote for MSNBC, explaining that the former president did not sign the order despite his other attempts to contest the election results. Vance questioned why Trump never signed the order, suggesting that guardrails must have been held or there were people who intervened, saying that the order was unconstitutional.