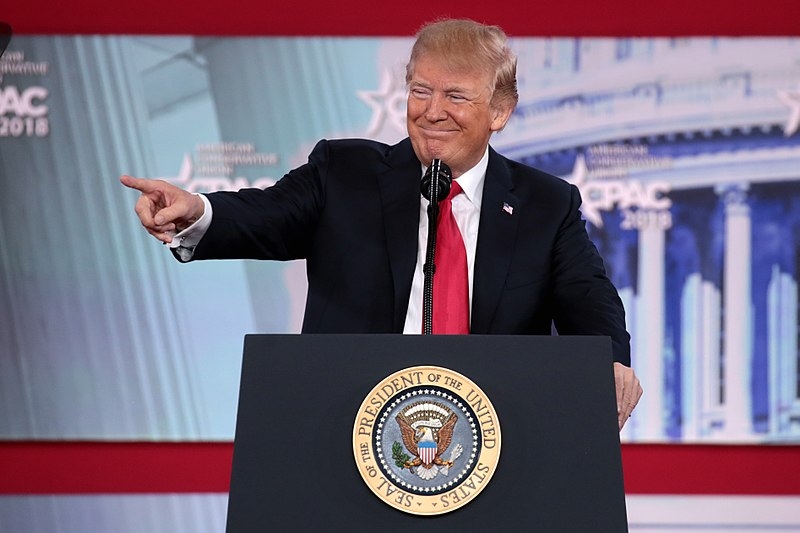 As the investigation into the January 6 Capitol insurrection continues, the congressional committee appears to be closing into high-profile allies of former President Donald Trump. GOP attorney George Conway weighed in on the legal troubles of the former president regarding the insurrection.

Speaking with CNN’s John Berman, the host noted that the congressional committee now has the phone records of Trump’s son Eric Trump and Donald Trump Jr’s partner Kimberly Guilfoyle. Berman pressed Conway on what the committee is set to find. Conway explained that the panel will be looking into the planning and organization of the insurrection and what took place as the siege was happening.

“Did he try to impede and obstruct the Jan. 6th counting of votes? He certainly did,” said Conway. “He did it in a number of ways. He lied his ass off, excuse the language.”

“He lied his derriere off for two months,” Conway reiterated.

Trump is also facing legal troubles in New York in the investigation of New York Attorney General Letitia James. James recently filed a motion to force testimonies out of the former president and his children Ivanka Trump and Don Jr. The former president has since lashed out on James, saying that she does not have the documents to prove her case that the Trump Organization misled in valuing its assets to obtain tax cuts and loans.

Trump’s former fixer Michael Cohen refuted the former president’s claims, saying that it is very likely that the former president would be facing a civil suit from James. Cohen suggested that James is only seeking testimonies and documents from Trump and his children in order to make sure that others who may be involved in such activities be held responsible as well.

Cohen also laughed off the Trump Organization’s response to James’s motion, saying that the company is lying. Cohen noted that James’s office is also working with the Manhattan District Attorney’s office in the investigation.

“What did you expect them to say?” said Cohen. “To say ‘yes, you’re right, you caught us with our pants down? They’re going to say anything that they can to deflect the responsibility onto somebody else. Yes, of course, Tish James has no documents. Of course, she does.”

“And I’ve seen the boxes,” Cohen noted. “They must have more than 10 million documents.”