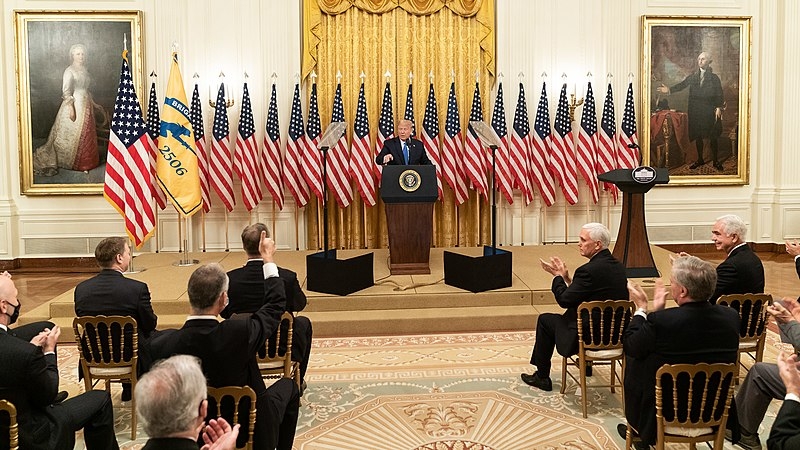 In recent weeks and months, Washington has overseen peace talks between Israel and other nations in the Middle East. While historic, Saudi Arabia’s Prince Turki al-Faisal has questioned Donald Trump’s involvement with these peace talks.

Speaking to CNBC, Prince Turki expressed skepticism towards Trump’s involvement in overseeing the peace talks that occurred between the United Arab Emirates and Israel. The Prince shared that Trump was not entirely honest in the aspect of Palestinian statehood, citing that his father, the late King Faisal would be disappointed that the UAE and Bahrain signed on the accord without reaching a solution for the Palestinians.

“His decision to put oil sanctions on the United States after the Americans decided to give more aid to Israel during the Ramadan War for the reason to force the United States to be an honest broker between Israel [and] the Arab world,” said Prince Turki, who is an outspoken critic of the US’ involvement in the Middle East. “And I must say that President Trump has not been such an honest broker. So yes, I think the late king would have been disappointed.”

Saudi Arabia, for a long time, has always sided with Palestinian statehood when it came to the long-running conflict between Palestine and Israel. However, the stance changed in 2018 when Crown Prince Mohammed bin Salman, Prince Turki’s cousin, said that Israelis had the right to own their land.

The US, nevertheless, has assured the UAE that Israel will not push through with its annexation plans. This follows Israel’s prime minister Benjamin Netanyahu’s announcement that Israel intends to annex part of the West Bank.

Trump is up for reelection this year, with almost more than a month left until the November elections. Democrats and even some Republicans have raised concerns that Trump will refuse to peacefully hand over power in case his Democratic challenger Joe Biden win the presidency. It appears that the concerns continue to be justified, as during a press conference, Trump declined to say that he will commit to a peaceful transition of power should he lose the election.

When pressed if he would commit to a peaceful handover of power should he lose, Trump responded with, “Well, we’re going to have to see what happens.” Trump has previously refused to answer if he will accept the election results especially if Biden wins.