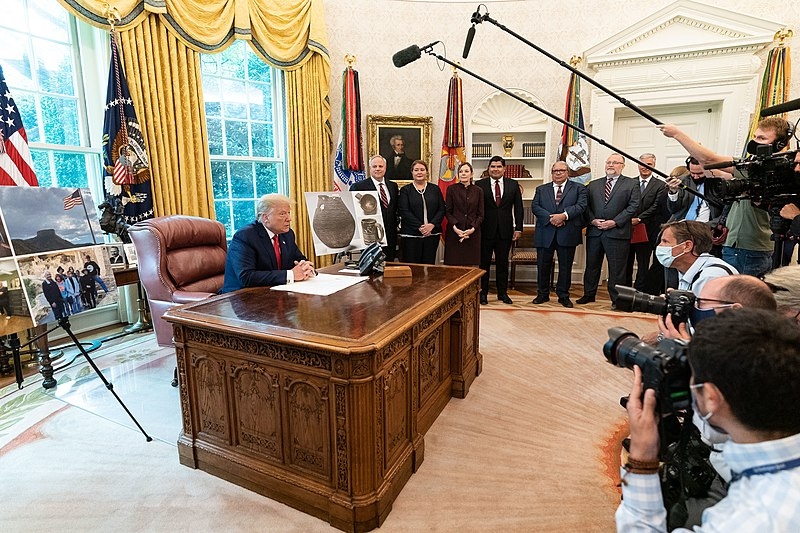 Donald Trump was among the world leaders making an address in this year’s United Nations General Assembly. Tensions between the US and China in many aspects, especially COVID-19, have been placed center stage, with Trump telling the UN to hold China accountable for the pandemic.

Trump has always laid blame towards China for COVID-19, which broke out in December 2019 in Wuhan. During his speech for the now-virtual general assembly, Trump reiterated that China must take full responsibility for spreading the coronavirus to the rest of the world, even as the US death toll from the pandemic has now reached 200,000.

“We must hold accountable the nation which unleashed this plague onto the world - China,” said Trump, during his speech. “In the earliest days of the virus China locked down travel domestically, while allowing flights to leave China and infect the world. China condemned my travel ban on their country, even as they cancelled domestic flights and locked citizens in their homes.”

Trump has repeatedly accused Beijing of covering up the actual number of fatalities from the coronavirus in the country, citing that China had the opportunity to contain the virus. China has dismissed the claims, saying that Trump is only distracting the public and that the claims are baseless. Trump’s attacks on Beijing also come as his own administration’s response to COVID-19 remains to be heavily scrutinized. The recent revelations have also found of Trump’s deliberate downplaying of the pandemic despite being aware of the severity of the virus.

Meanwhile, the president recently acknowledged the number of deaths from COVID-19 in the United States. The US is currently holding the highest number of deaths from the pandemic. Prior to leaving for a campaign rally in Pennsylvania, Trump addressed the deaths surpassing the 200,000 mark.

“It’s a horrible thing. It should have never, ever happened,” said Trump. “It’s a shame.”

However, during his rally at Pennsylvania, Trump mocked the way his Democratic rival Joe Biden is often seen wearing a face mask at public events. Trump is famously known for refusing to wear a face mask and his supporters have openly ridiculed officials who have advised to wear it.