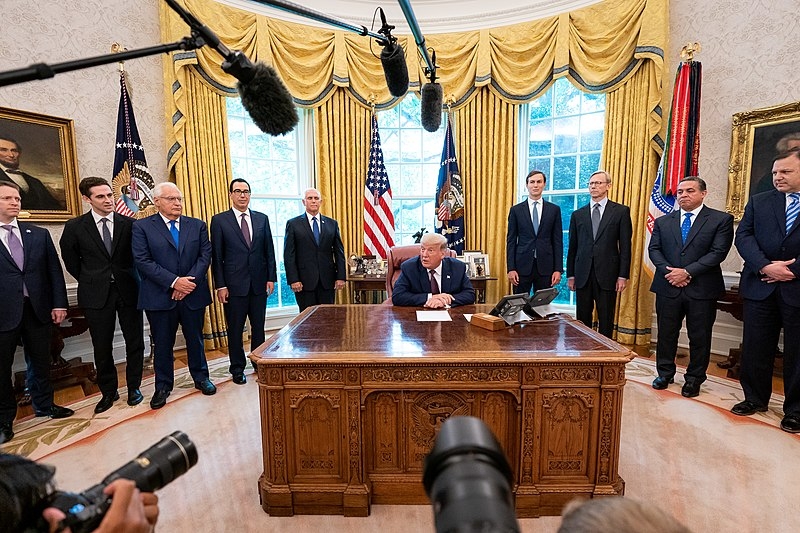 The White House issued a statement regarding the deal overseen by Trump between the two countries. Israel and the Kingdom of Bahrain have normalized relations with each other, committing to exchange embassies as well as ambassadors. Flights to and from the countries will be reestablished and initiatives involving the cooperation of Israel and Bahrain will be launched. The peace deal also aims to enhance their respective national securities while strengthening economic ties.

The peace deal is another step for normalizing relations between Israel and the rest of the Middle Eastern countries. Bahrain and the UAE are the first Arab countries in 25 years to be able to normalize its relations with Israel. The statement also affirmed the US’ pledge to assist Bahrain in the fight against terrorism, extremism, and economic development while building on peaceful relations in the region.

“Now that the ice has been broken, I expect more Arab and Muslim countries will follow the United Arab Emirates’ lead,” said Trump in the statement.

Meanwhile, Trump remains to be criticized for stoking division and invoking racism, especially during the ongoing Black Lives Matter protests. Audio recordings from Trump’s 2017 meeting with the Drum Major Institute, founded by Dr. Martin Luther King Jr.’s son, Martin Luther King III, and other members from the civil rights movement revealed Trump’s remarks about how his administration has treated African-Americans. The audio was shared by activist Tootsie Warhol. The meeting took place days before Trump was to be inaugurated into office and days prior to Martin Luther King Jr. day.

In the meeting, Trump boasted about being friends with his predecessor Barack Obama, as well as other figures like Mike Tyson, Sugar Ray Leonard, Don King, Reverend Al Sharpton, and Shaquille O’Neal among other prominent Black Americans in the country.

“I have so many friends, African-Americans, that are so incredible, everyone knows that,” said Trump in the recording. “Al Sharpton’s a cunning guy. You know he’s always been a friend of mine. You know in person when I see him he hugs me with Don King. Don King and Al Sharpton.”