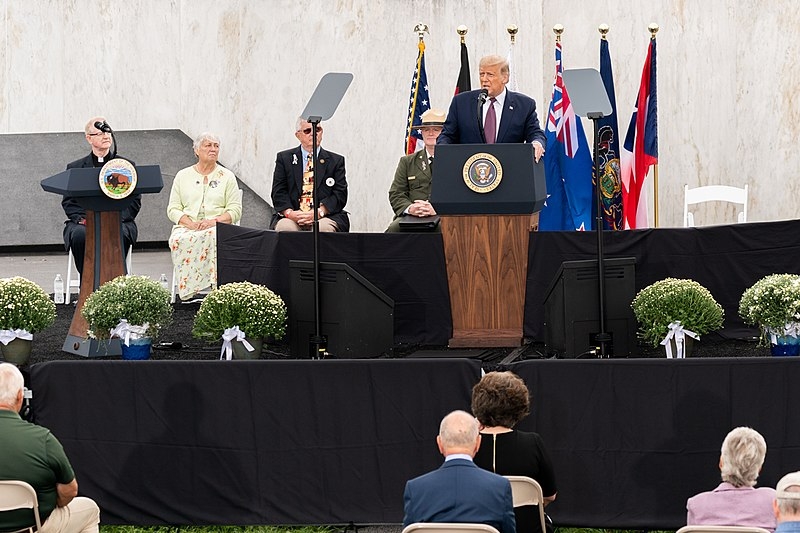 Earlier this year, the Senate acquitted Donald Trump following his impeachment from the Congress. One of the key witnesses who testified against Trump during the trials was Alexander Vindman, who recently described Trump as Russian president Vladimir Putin’s “useful idiot.”

In an interview with The Atlantic’s editor in chief Jeffrey Goldberg, Vindman recalled the moments that led to his testifying against the president until his dismissal by the administration following Trump’s acquittal. Along with the long-running suspicions from the intelligence community that Trump is working under Russian influence, Vindman was asked if he believes that Trump is an asset to Russian intelligence.

“President Trump should be considered a useful idiot and a fellow traveler, which makes him an unwitting agent of Putin,” said Vindman.

When asked if Moscow is holding anything over Trump, Vindman said, “They may or may not have dirt on him, but they don’t have to use it. They have more effective and less risky ways to employ him. He has aspirations to be the kind of leader that Putin is, and so he admires him. He likes authoritarian strongmen who act with impunity, without checks and balances. So he’ll try to please Putin.”

Trump recently visited California to be briefed about the current wildfires ravaging the West Coast. It is known that Trump has taken the issue of climate change lightly, something that was made evident during the briefing with California governor Gavin Newsom and state environmental officials present. The state secretary for natural resources, Wade Crowfoot, urged Trump to take the issue more seriously. Trump, however, responded that the climate will get cooler on its own.

Crowfoot then said to Trump that he wished the science would agree with his remarks. “Ok, well, I don’t think science knows, actually,” said Trump in response. The White House has since declined to comment on those remarks made by the president.

Trump has laid the blame on poor forest management practices for the wildfires that are currently going on. However, Newsom pointed out that most of the forest land in the West Coast are federal property and thus under Trump’s control. “We can agree to disagree on the politics, but one thing is fundamental: 57% of the land in this state is federal and 3% is state forests,” said Newsom.