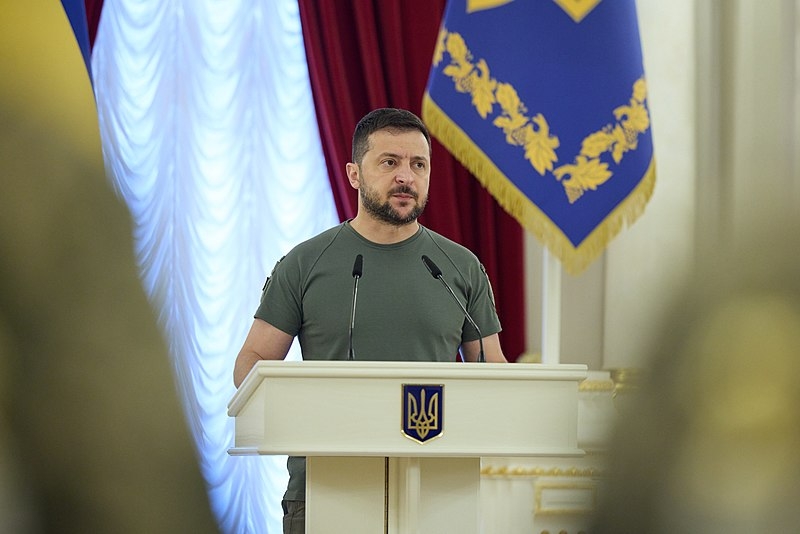 Kyiv announced that it would downgrade its relations with Iran after Iranian drones were found to be used by Russian forces to attack Ukraine in the ongoing war. Ukrainian President Volodymyr Zelenskyy said the accreditation of Iran’s ambassador to the country would be revoked, and the Iranian embassy’s staff would be reduced.

“Today, the Russian army used Iranian drones for its attacks on the Dnipropetrovsk region and Odesa. I instructed the Ministry of Foreign Affairs to strongly react to this fact,” said Zelenskyy in his address.

“In response to such an unfriendly act, the Ukrainian side has decided to deprive the ambassador of Iran of his accreditation and also to significantly reduce the number of diplomatic staff of the Iranian embassy in Kyiv,” said Zelenskyy.

Washington and Kyiv previously accused Tehran of supplying drones to Russia, which Tehran has denied. Iranian officials also previously said Iran would not assist either side in the war and maintained that the war should be resolved through dialogue.

The ministry said earlier that the temporary charge d’affaires of Iran to Ukraine was summoned over the matter, according to AFP.

Ukraine has appealed to nations to provide them with weapons throughout the war, and Zelenskyy said in an interview that aired Saturday that he was “shocked” by the failure of Israel, which has also condemned Russia, to provide Kyiv with anti-missile systems to help counter Russia’s attacks.

Zelenskyy has appealed to Israel for such weapons since March, citing the country’s Iron Dome that has intercepted rockets launched by Palestinian fighters in Gaza.