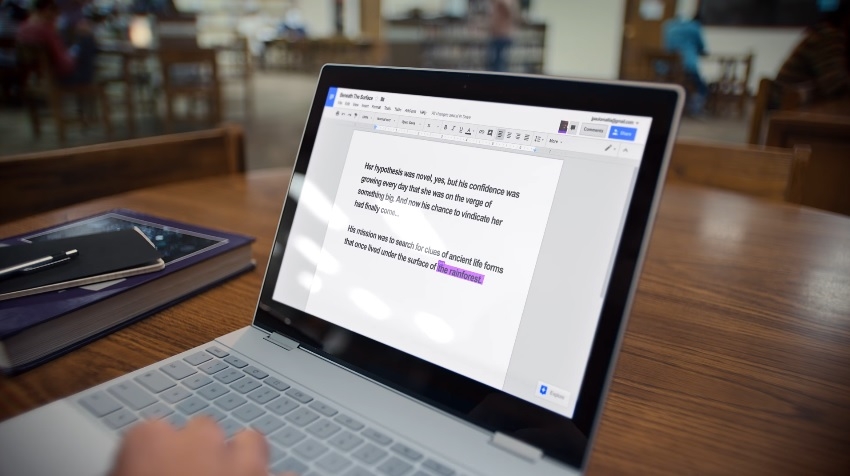 Google’s first Pixelbook is now more than 2 years old, but the tech giant is not showing any signs of following up with a Pixelbook 2 anytime soon. However, the 2017-released Chromebook is currently on sale that interestingly became available around the same time Samsung’s Galaxy Chromebook’s exact release date is in the United States has been leaked.

Pixelbook promo: Google’s first premium Chromebook is on sale with a 13% discount

The Pixelbook was launched in 2017 with the standard price of $999, and two years later, tech fans will still find it with the same price tag. So they might as well grab this rare chance of purchasing the Google Assistant-enabled Chromebook at a lower price.

Amazon currently sells the base configuration of the Pixelbook for $869 after a 13 percent discount. Meanwhile, the sale does not seem to be in effect from Google’s own online store. Buying the device from Amazon will also entail a free shipping offer.

Pixelbook’s 2-year-old life span is an important piece of information because it means that the hardware specs it sports were also not the latest of their kinds. The device sports 7th-generation Intel Core processors that are, quite frankly, outdated already compared to what’s featured on Google’s Pixelbook Go and the Galaxy Chromebook. The said discounted price might also seem a little steep, especially considering the many alternatives with newer processors and better specs for almost the same price.

Chromebook fans who do not mind spending $999 might also want to just wait for the release of the Galaxy Chromebook. Samsung’s first Chrome OS-powered tablet/laptop hybrid is powered by Intel’s 10th-gen Comet Lake chips and sports a 13.3-inch 4K display with AMOLED panel.

Galaxy Chromebook was announced at CES 2020 last month, but its release date in the U.S. has yet to be officially announced. However, Android Police spotted the Best Buy listing for the device indicating an April 6 retail launch. The information has since been taken down from the website.

The Galaxy Chromebook is obviously a better option, mainly because Pixelbook was released at a much earlier time. This means that the only way for Google to claim dominance in the Chromebook market is by finally releasing the much-requested Pixelbook 2, and they better do it sometime this year.