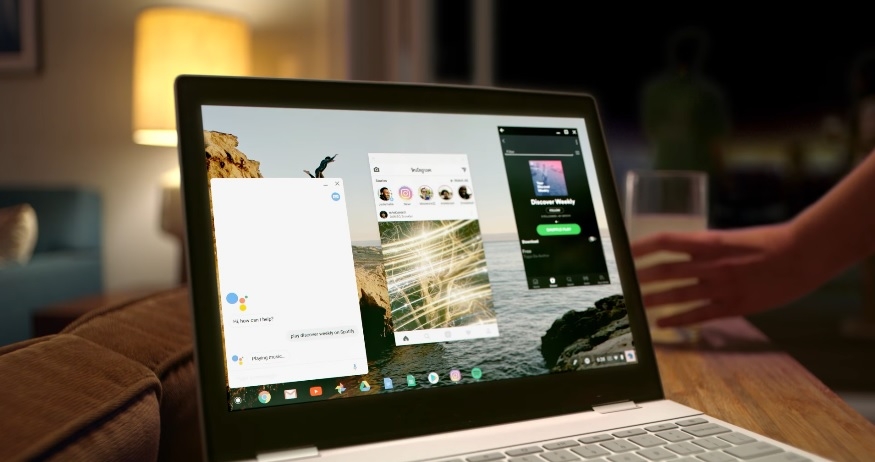 The first Pixelbook | Photo credit: Made by Google / YouTube screenshot

Avid fans of Chromebook devices may have been asking one question for a couple of years now: where is the Pixelbook 2? Google has been good at keeping details about the product hidden (if it is actually in development already), and the release of the device remains a puzzle to many.

Pixelbook 2 possible features, specs: Return of 360-degree hinge to arrive with upgrades in CPU and screen?

When Google announced the Pixelbook Go, it was heavily advertised as a “more affordable and portable” device. While its price does start at $649, that only comes with a measly 64GB storage capacity. But the cost-cutting might also explain why Google went for the clamshell form factor instead of the hybrid tablet-laptop design seen on the first Pixelbook. It is possible that leaving out the 360-degree hinge was also a deliberate move to keep it as one of the exclusive features on the Pixelbook 2 once Google finally unveils it.

What Chromebook fans can count on Pixelbook 2 is for it to have a major upgrade in the CPU department. By upgrade, it should mean that the device would be launched with the latest Intel Core processors available at the time of its announcement.

Since the 11th generation of Intel chip has only been announced recently, the more likely choice for Google is the 10th-generation Ice Lake processors that become available last fall. Of course, this detail can still vary depending on when the Pixelbook 2 will arrive.

A more obvious upgrade that could happen for Pixelbook 2 is its screen capacity. The first Pixelbook launched with a 2,400 x 1,600 screen resolution, but the Pixelbook Go’s top-tier configuration is equipped with a 4K display. It is possible that the Pixelbook 2 would be billed as Google’s premium Chromebook, so it would be remiss not to launch it with a 4K screen.

Pixelbook 2 may still be in the rumor mill, but Google’s annual product launch event has been happening at a consistent time of the year. That means if the company is really planning to launch the flagship Chromebook by 2020, it would most likely take place in its October unveiling event along with other Pixel-branded offerings.