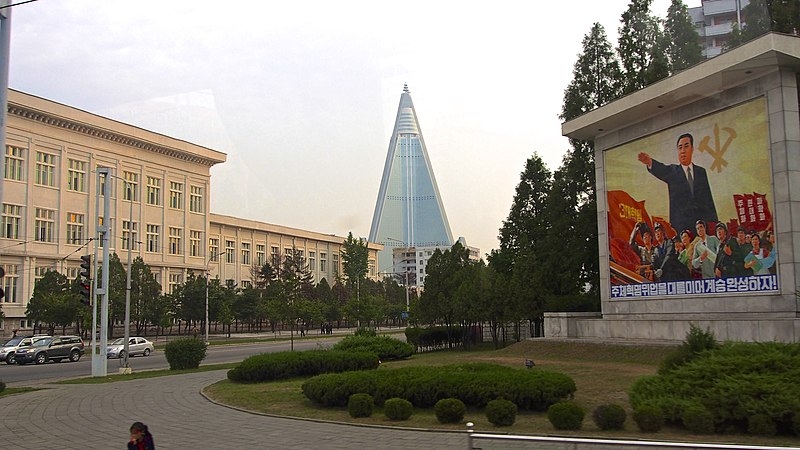 North Korea’s repeated weapons tests have stirred tensions in the Korean peninsula and in the entire region. With the US looking to re-engage with its allies and partners in the continent, Pyongyang is accusing Washington of trying to set up a military alliance in Asia similar to NATO.

Reuters reports that North Korea’s foreign ministry issued a statement Sunday, accusing the United States of setting up a military alliance in Asia similar to the NATO alliance. The statement also referred to the continued joint military exercises between the US and South Korea that involved a US aircraft carrier for the first time in over four years.

“While blatantly holding joint military exercises with Japan and South Korea, the United States is making a full-fledged move to establish an Asia-style NATO,” said the ministry.

“This proves the hypocrisy of the US rhetoric of ‘diplomatic engagement’ and ‘dialogue without preconditions’ while at the same time revealing again that there is no change in the US ambition to overthrow our system by force,” said the statement.

The accusation also comes at a time when US President Joe Biden and South Korean President Yoon Suk-yeol recently agreed to deploy more US weapons to South Korea if necessary to deter North Korea.

North Korea has insisted that its regular missile tests this year were in preparation for military conflict aimed to overthrow its order.

The ministry added that US hostility had pushed the isolated nation to develop its defenses. To note, North Korea has rebuffed the overtures by the US to meet at any time for dialogue in an effort to denuclearize the nation.

North Korea previously vowed to take revenge on the US for its “aggression moves” with South Korea as it marked the 72nd anniversary of the outbreak of the Korean War.

North Korean state media KCNA reported Saturday that several workers’ organizations held meetings to take “revenge” on US “imperialists” while blaming Washington for the Korean War that took place between 1950 to 1953.

The war ended with an armistice instead of a peace treaty. US-led UN forces are still essentially at war with North Korea.