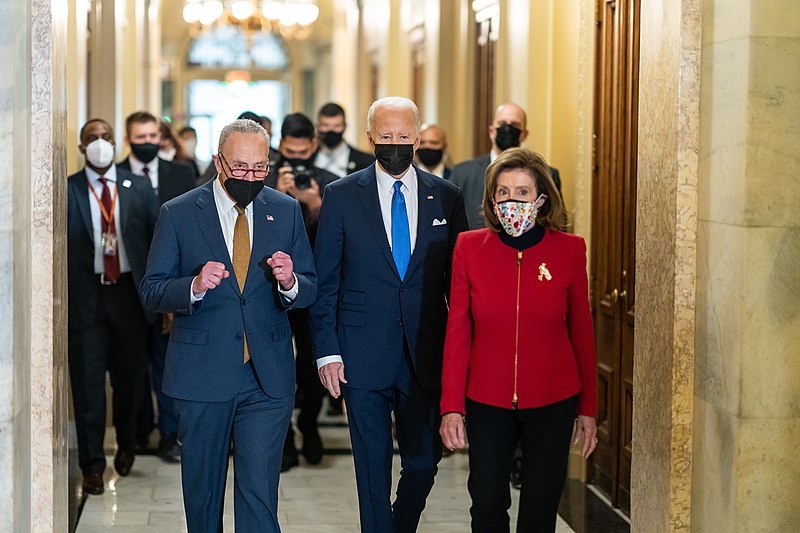 Rising gas prices, as well as inflation, are two ongoing issues that Congress is looking to address in the hopes of alleviating such issues. House Speaker Nancy Pelosi met with Senate Majority Leader Chuck Schumer this week to discuss possible legislative moves to tackle the increasing gas prices and inflation.

Bloomberg reports Pelosi and Schumer met to discuss possible legislation to lower the cost of gasoline, according to a Democratic aide, as the issue puts the Democratic majorities in the House and Senate on the line in the upcoming midterm elections.

The Democratic leaders are looking to pass legislation that would target gas prices by the end of May, but with the evenly-divided Senate, the support of Republican lawmakers is needed. The GOP is pushing for the expansion of fossil fuel production, which progressive Democrats are opposed to.

There is also the issue of inflation, which Republicans are looking to blame Democrats for in the upcoming races in November. The Federal Reserve’s preferred measure of inflation, which will be released Friday, is estimated to have increased to 6.7 percent in March compared to last year.

The top Senate Democrat talked about moving a bill that would bolster the Federal Trade Commission’s ability to stop gas price manipulation this week. House Democratic Caucus Chair Rep. Hakeem Jeffries also told reporters that the House hopes to vote on legislation for gas prices in the coming weeks.

In other related news, Pelosi has invited Greek Prime Minister Kyriakos Mitsotakis to address a joint session of Congress on May 17. In her letter to Mitsotakis extending the invitation, the top House Democrat noted the influences of the Ancient Greeks on the ideals of liberty and democracy on the US Founding Fathers when they drafted the Constitution. The US and Greece remain key allies for shared democratic values and mutual security.

“It is our great privilege to host you for this belated celebration of the Greek bicentennial which we had to, unfortunately, delay last year due to the pandemic,” said Pelosi in her letter.

Pelosi also noted the importance of the transatlantic alliance to the future of world freedom amidst a time when democracy and autocracy are evidently at odds.