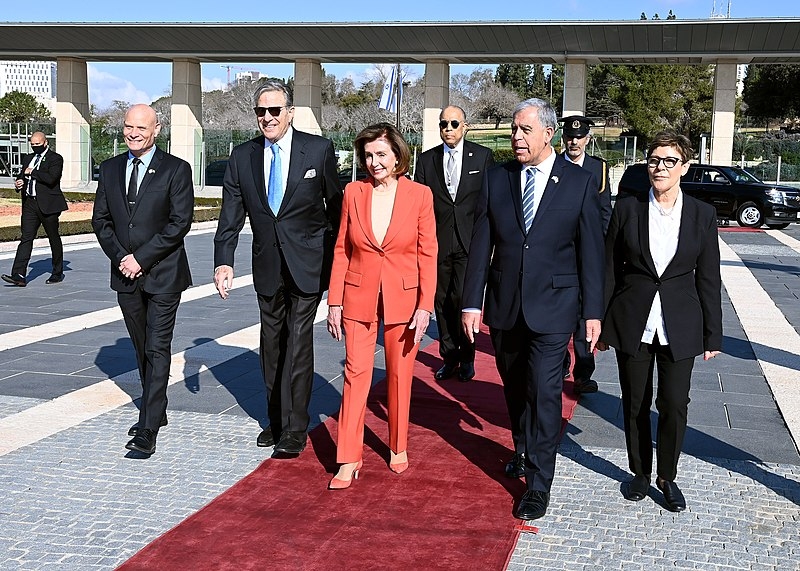 US House Speaker Nancy Pelosi will be meeting with Ukrainian Prime Minister Denys Shmyhal as the official visits Washington this week. Pelosi and Shmyhal will be meeting on Thursday.

Pelosi’s office announced that the top House Democrat would be meeting with Shmyhal as he visits Washington on Thursday. This would be the first visit of a high-ranking official of Ukraine since Russia waged war on the democratic country back in February. Shmyhal has been serving as Prime Minister of the country since 2020.

This comes amidst US President Joe Biden’s recent pledge to send more military and financial assistance to Ukraine as it continues to fight back against Russian forces. Moscow has launched a new offensive from the Donbas region in recent days. Biden announced an additional $800 million in military aid last week, which included artillery systems, armored vehicles, and helicopters.

Biden said Tuesday that the US would continue to send over more assistance to Ukraine, and Washington is set to announce a new package in the coming days.

In other related news, Pelosi criticized the recent protocol breach of airspace that occurred Wednesday. The top House Democrat issued a statement following the US Capitol Police’s alert to evacuate the building after an aircraft was seen as a possible threat, which turned out to be a false alarm.

The aircraft turned out to be a US Army parachute plane that took off from Joint Base Andrews outside Washington DC. The parachute was a stunt for the Washington Nationals baseball game Wednesday night. Those aboard the plane were members of the US Army’s Golden Knights who parachuted into the game for the event.

Officials told the Associated Press that the stunt was not relayed to the authorities and therefore did not have the appropriate clearance.

“The Federal Aviation Administration’s apparent failure to notify the Capitol Police of the pre-planned flyover at Nationals’ stadium is outrageous and inexcusable,” said Pelosi. “The unnecessary panic caused by this apparent negligence was particularly harmful for Members, staff, and institutional workers still grappling with the trauma of the attack on their workplace on January 6th.”