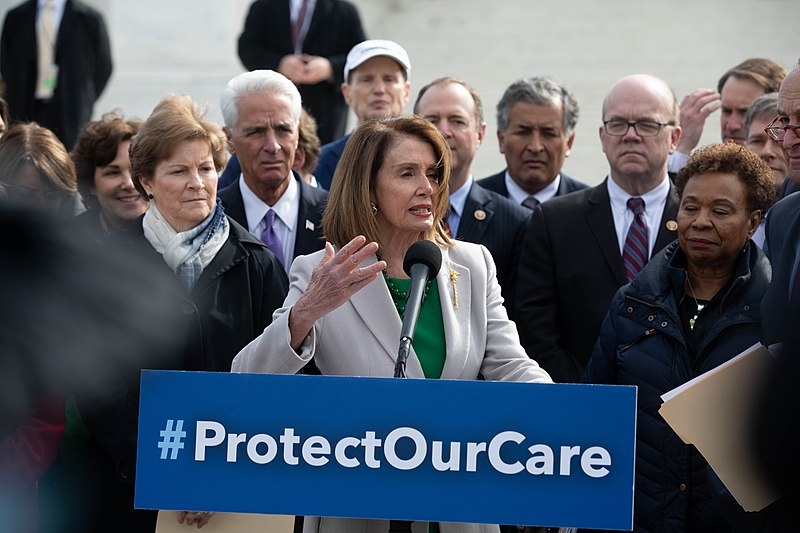 In a video message, Pelosi announced her support for Crist, who is one of two Democrats challenging Republican incumbent Ron DeSantis in the gubernatorial elections in November. Pelosi said that Crist will work to help small businesses and has empathy for the working class of the residents of the state.

Pelosi also said that Crist will work to champion women’s reproductive rights should he win the gubernatorial elections.

“I’ve worked with Charlie for the past six years in Congress, and I’ve seen him fight for Floridians every single day. He always puts people first,” said the top House Democrat.

Crist is running against Florida Agriculture Commissioner Nikki Fried to represent the Democratic Party in challenging DeSantis in the November midterm elections. The primary will be on August 23.

Aside from Crist, Pelosi also endorsed Democratic Rep. Shontel Brown as she also runs for re-election this year. Brown was elected to replace Rep. Marcia Fudge, who stepped down from her seat to serve in US President Joe Biden’s Cabinet. Brown is up against former Ohio state senator Nina Turner, a progressive who has pledged to shake up Congress if elected.

“In just six months, Congresswoman Shontel Brown has emerged as a trusted colleague in our Caucus who is intensely focused on delivering results for the people,” said Pelosi in a statement.

Brown pledged to work with her fellow Democrats and Biden during the primary campaign in August 2021, where she was ultimately elected. Brown is expected to receive more endorsements as many Democrats have announced their support for her in her 2021 campaign.

This week, Pelosi spoke at a Barbara Boxer annual campus lecture in California Monday. The top House Democrat discussed the January 6 insurrection at the Capitol and the importance of upholding democracy, especially at a time when the country is highly divided.

“All of us have to resume our responsibility,” said Pelosi. “You came here today. You have some idea about what we can do to preserve our democracy.”