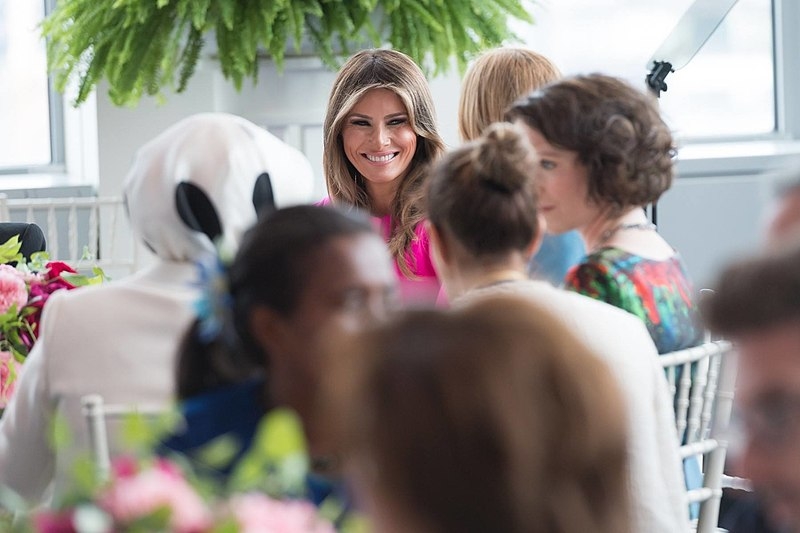 Over the years, it has been widely speculated that first lady Melania Trump does not particularly like her husband Donald Trump. Now, with limited time in the White House, a former aide to the Trumps has revealed she may be waiting to divorce him in January.

Former White House aide Omarosa Manigault Newman, now a staunch critic of the administration, has weighed in on what may be in store for the Trumps by January when president-elect Joe Biden is sworn into the presidency. Newman has detailed the couple’s relationship in her 2018 book titled “Unhinged,” where she revealed that should Melania try and file for divorce from Trump, he would try and have her deported back to her home country of Slovenia.

“He is a vindictive man. I wouldn’t put anything past him,” shared Omarosa. However, she noted that Melania may be counting down the days until the inauguration in January 2021. “Melania is counting every minute until he is out of office and she can divorce. If Melania were to try and pull the ultimate humiliation and leave while he’s in office, he’ll find a way to punish her.”

Melania’s spokeswoman Stephanie Grisham has since dismissed Omarosa’s comments, saying that the first lady has hardly interacted with her. Former press secretary Sarah Sanders also dismissed Omarosa’s claims, saying that her book was full of lies. Nevertheless, rumors of the actual marriage of the Trumps remain to spread, and Omarosa’s account differs from those who have written books about the first lady, like Mary Jordan.

Meanwhile, Melania and her husband will be spending the Thanksgiving holidays in the White House this year. This is in contrast to having previously spent the holiday in their Mar-a-Lago resort. The news was announced by Grisham, and it also follows Trump’s refusal to concede to Biden and constant pushing of claims that the election was rigged by pursuing legal action in battleground states. The lawsuits have proven to be unsuccessful so far and Trump has since shied away from public view following his loss to Biden.

This news also comes after a surge of COVID-19 cases all over the country on an almost-daily basis.