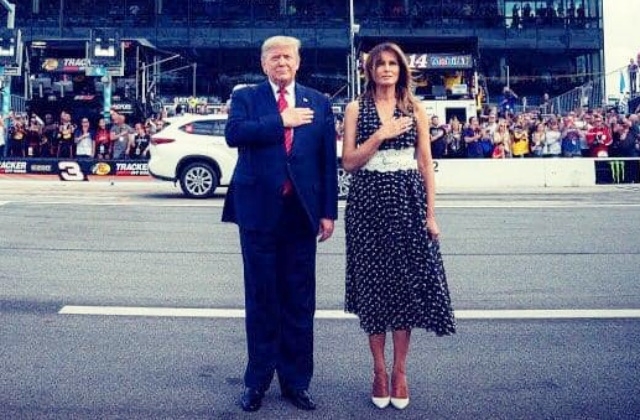 Melania Trump is among those people who are urging Donald Trump to concede and allow Joe Biden to take over as the president of the United States. The FLOTUS is reportedly doing this because she wants her husband to have a graceful exit as the 45th POTUS.

Virtually everybody in the president’s inner circle is fully aware that this is over,” ABC News’ correspondent, Jonathan Karl, said in live reporting on the morning of Nov. 8. “There have been conversations that I am told include the first lady about how to convince him to make a graceful exit.”

According to ABC’s Karl, Melania Trump others are trying to appeal to Trump’s famous ego by thinking of ways to put a positive spin on the opportunities he has if he is no longer president, Karl reported. They have proposed telling him “about the movement he has built, his role in the Republican party, about the way he can be a kingmaker in 2022, 2024 … maybe even run again,” Karl said.

Is Melania refuting the claim she wants Donald to give up?

However, in a post on Twitter, it seems that First Lady is debunking the claim that she is one of the people who want her husband to accept his loss. Rather, her tweet appears to give the message that she supports the POTUS’ decision to fight and not concede to Joe Biden’s win.

“The American people deserve fair elections,” Melania tweeted. “Every legal - not illegal - vote should be counted. We must protect our democracy with complete transparency.”

Trump will not attend Biden’s inauguration

Despite Donald Trump’s continuous protests and the declaration that he won, news centers in the U.S. announced Joe Biden’s victory. His vice-presidential running mate, Kamala Harris, also won and it made her the first-ever woman VP. She is also the first black and South Asian vice president-elect.

Melania Trump’s husband was said to be playing golf when the announcement was made. When he got home, he told everyone that it is too early to declare the winner because the number of votes is not yet official.

In any case, if Joe Biden will be sworn to the office, the Daily Mail reported that Donald Trump vowed not to attend. It was alleged that he will bever accept the loss to a “phoney president” even if his legal cases over the election fail.

As of this time, the president was described as “angry and defiant” and insisting he is the true winner. ABC’s Jonathan Karl added that if ever Melania Trump is able to convince her husband to concede, he is unlikely to deliver a courteous speech that also congratulates his rival.

“He will concede the election was stolen from him, and he will have a long list of grievances about how he was deprived of his presidency,” Karl said.