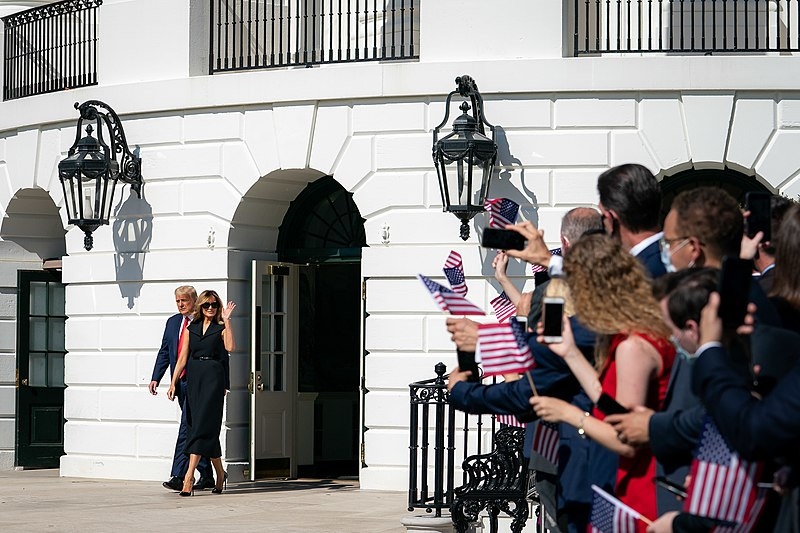 The weekend saw Donald Trump as a one-term president as he lost to Democrat Joe Biden in the presidential elections. With the results, first lady Melania Trump has already advised her husband to accept the loss despite Trump’s refusal to do so.

Melania has reportedly advised her husband to accept the loss and come to terms with the results despite Trump refusing to concede while continuously questioning the legitimacy of the process. White House adviser Jared Kushner has also reportedly advised Trump to concede and accept defeat, according to people knowledgeable in the matter. Donald Trump Jr. and Eric Trump, however, have insisted on pursuing a legal battle to contest the election results.

However, Trump’s aide Jason Miller denied reports that Kushner has approached his father-in-law about conceding. Miller tweeted that Kushner has also agreed on Trump pursuing a legal battle to either contest the results or delay the formal certification. The contesting of results appears unlikely.

This is also despite many Republicans already reaching out to the Biden campaign but so far none have reached out from the White House. Nevertheless, other Republican officials like Senator Lindsey Graham, have disagreed with Trump conceding and have tread lightly on calling Biden the President-Elect and voiced that all legal matters pertaining to the elections must be resolved in court before everything is settled.

Meanwhile, Melania’s former aide and friend Stephanie Winston Wolkoff previously claimed that the outgoing president and first lady have a “transactional” kind of marriage. Wolkoff also revealed that Melania only moved into the White House five months after the inauguration because she wanted to negotiate a post-nuptial deal that their son Barron Trump would also have a stake in the fortune. The claims about their marriage were also echoed by another former White House aide, Omarosa Manigault Newman, who said that the first lady is now counting down the days until they leave the White House so she can divorce him.

“Melania is counting every minute until he is out of office and she can divorce,” said Newman. “If Melania were to try and pull the ultimate humiliation and leave while he’s in office, he would find a way to punish her.”