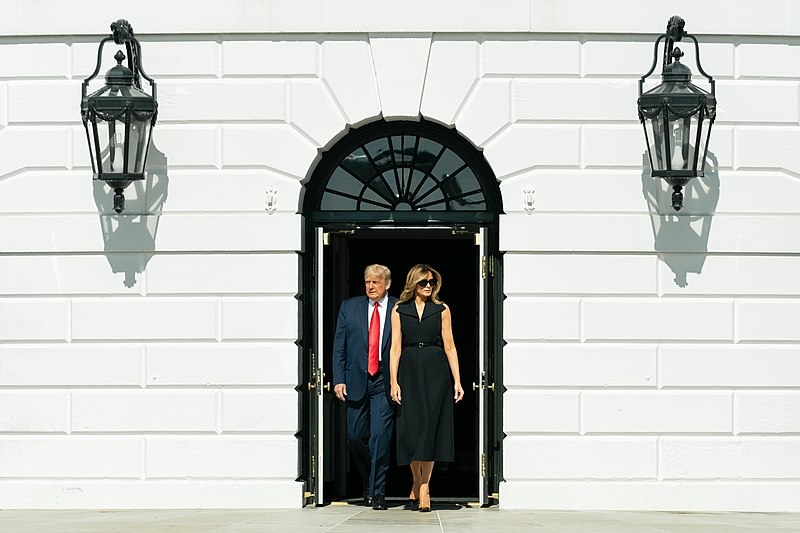 First lady Melania Trump has had times where she expressed a contrasting opinion to that of her husband Donald Trump. It may have also applied to how they have approached the pandemic, as a report revealed that the first lady was surprised to see the disregard of the CDC guidelines by her husband and his aides.

A report has surfaced about the approach taken by Melania as the pandemic continues to wreak havoc on the United States. First revealed by Bloomberg via Daily Mail, Melania ordered her staff in the East Wing to abide by the strict safety measures to prevent the spread of COVID-19 from within the White House. The first lady reportedly expressed her shock upon seeing the disregard for the safety precautions by her husband and his staff at the West Wing. It was to the extent that she asked one of her staff “What’s wrong with them?” upon seeing them without masks when they boarded Air Force One at one point.

Melania and her husband previously tested positive for COVID-19 following the first presidential debate. Their son Barron Trump was also later revealed to have tested positive as well.

The report also revealed that Melania asked if masks were required during another trip, she was told yes. However, when she entered a room to greet members of the House of Representatives, none of the lawmakers were wearing face masks. In contrast to her husband, Melania made her own safety measures that she and her staff were to follow, such as limiting the number of aides with her on trips. Further breaking from her husband, the first lady has also actively advocated that Americans should abide by CDC guidelines and wear face masks in public places.

Meanwhile, Melania’s time in the White House may be limited should her husband lose to Joe Biden as the results are slowly turning in. With Trump trailing behind Biden in the race to gain 270 electoral votes, a video was posted online showing a removal truck outside the White House. The video went viral on social media, with many users mocking the first lady. One user reposted the video and jokingly said that the removal truck was for her and that she was going to move out as her husband is about to lose the elections.