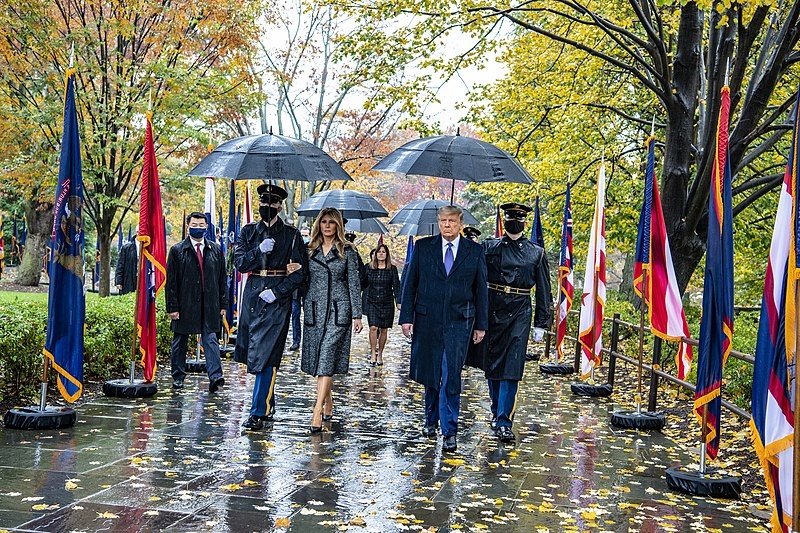 Much has been speculated about the marriage of Melania Trump to her husband Donald Trump especially following his loss to Joe Biden in the recent elections. A body language expert revealed that following the defeat, Melania has now taken a more dominant role in the family.

Body language expert and psychologist Bruce Durham analyzed photos of the couple before and during the elections and claimed that the first lady is now taking a more assertive role. This would suggest a shift in dynamics between the couple especially after Trump’s election loss. This, paired with the speculation has floated around that Melania may be looking to divorce him now that their time in the White House is limited. Durham pointed out Trump’s typically dominant role in the relationship.

In the photos prior to the election, Durham noted Trump’s hand gesture to be in the “power” position. Durham also noted that Trump has also at times, moved his wife out of the way for him to take center stage. But as the elections progressed with the votes being counted in, Durham shared, “After the votes were coming in and Donald spoke on stage, it was Melania who walked off first, and it was Melania who took her hand away from Donald. For four years we have seen Donald leading their actions via his body language control behaviors… the tides could be changing.”

With the Trumps refusing to ensure a peaceful transition of power especially as Donald Trump refusing to concede to Biden, former first lady Michelle Obama has now spoken out. Michelle took to Instagram to recall how the transition went between George W. Bush and his outgoing administration to her husband Barack Obama. Michelle noted how angry and hurt she felt when Trump won the presidency in 2016 in her post and shared how the Obamas instructed the White House staff to welcome the Trumps just as the Bush family did for them.

Michelle admitted that despite Trump’s assertions of racist lies about her husband, she put her anger aside to welcome them into the White House.