Melania Trump exposed: Twitter will not take down nude photos of ex-FLOTUS amidst feud between Candace Owens and Cardi B 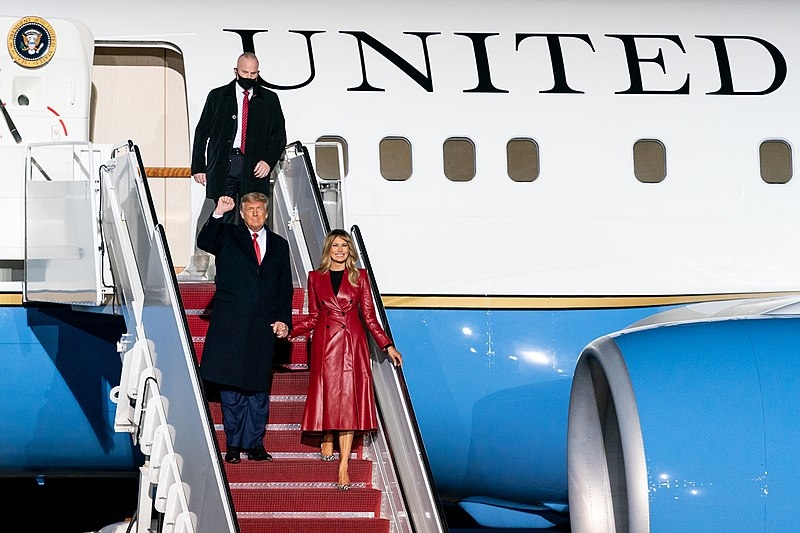 Former first lady Melania Trump is known for being very private about her past, including her time as a model. Mrs. Trump’s nude photos from her modeling days were recently published on Twitter in the midst of a public feud between Candace Owens and Cardi B.

The social media platform responded to the ongoing feud between the two women when nude photos of Mrs. Trump were tweeted by Cardi B. The resurfacing of the former first lady’s full-frontal nude photos followed Ms. Owens’ criticism of Cardi B’s performance of “WAP” at the recent Grammy awards.

A spokesperson for Twitter said that the nude photos do not violate the platform’s terms of service. The spokesperson noted that while the platform has a non-consensual nudity policy that would result in an account’s suspension, photos that have been published with the consent of the person involved do not really violate the terms.

The nude photos of Melania in question came from a 1996 photoshoot for a French magazine that was eventually published in 1997. The photos resurfaced in 2016 at the New York Post during Donald Trump’s first presidential bid. Cardi later shared the photos in 2020. The rapper has since deleted the tweet.

The former first lady was brought into the feud when Owens described the rapper’s performance of “WAP” at the Grammys as the reason for the weakening of American society. Ms. Owens later said she had an issue with the singer supposedly being used to encourage women to “strip themselves of dignity.”

In other related news, the Trumps were not included in the PSA that was released regarding getting vaccinated for COVID-19. Former Presidents Jimmy Carter, Bill Clinton, George W. Bush, and Barack Obama with their respective spouses, all noted the importance of getting the COVID-19 vaccine as soon as it is made available.

The ad also showed the former presidents and first ladies getting vaccinated, their vaccinations made public in order to instill confidence in the vaccines that were already being widely distributed. The Trumps were later revealed to have quietly received a COVID-19 vaccination before leaving the White House in January.