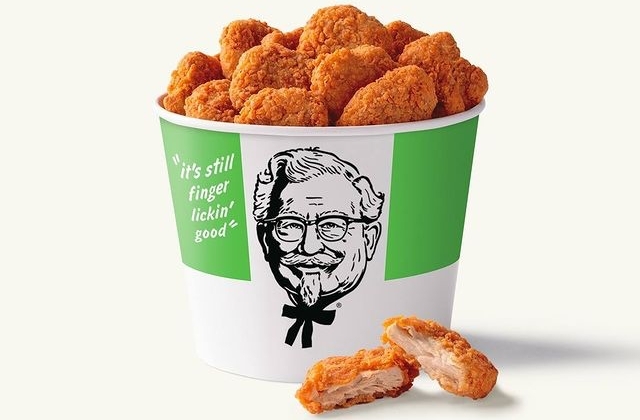 KFC or Kentucky Fried Chicken is one of the most famous fast-foods in the world. And with the recent popularity of plant-based menu options that are being introduced in the leading restaurant chains, the company is also jumping on the bandwagon with its own faux fried chicken.

Moreover, KFC has plans to further expand its plant-based menu offerings after its executive revealed they believe the future of fried chicken in the U.S. is plant-based. He then shared that they are working on vegan or “meatless” food options that will replicate its trademark initial offering of Beyond Fried Chicken that it released in collaboration with Beyond Meat, an alternative food manufacturer.

Kevin Hochman, president of KFC US, sat down for an interview and shared what his company is cooking up for the future and their plans. He mentioned that what is taking up most of their time these days are plants because alternatives are being produced for most of the food menus in restaurants these days.

According to Bloomberg, the executive runs a division of Yum! Brands that own KFC. He is handling 4,000 stores and admitted they hit a snag in the past year due to the COVID-19 pandemic. Aside from this, there are also chicken shortages on top of the labor shortage. Luckily, the company was able to withstand the hurdles and emerged unscathed with stronger sales that reportedly increased 11% last quarter.

However, the rising popularity of plant-based meat proved to be another challenge for KFC since more and more customers are being attracted to “healthier” plant-based versions of meats. Its rival fast-food chains have already added vegan options so it is somehow being left behind the trend.

With this, Hochman said KFC is preparing for what seems to be an inevitable future of plant-based chicken going mainstream. For starters, it has tested a plant-based nugget in partnership with Beyond Meat but it has yet to release this nationwide. While it has yet to be released in stores across the U.S. KFC is already planning for something bigger.

“What we’re trying to replicate is a tenderloin where you actually have the muscle fibers,” he said in the interview. “The texture is a bit more pleasing than what we’d call a chewed-and-glued. It’s a different technology and our plan is to try to replicate that Kentucky Fried Chicken as closely as we can, obviously without using the animal.”

Meanwhile, CNBC reported that the next chicken sandwich war may be plant-based and with that, KFC may be right in its belief that vegan is the next thing in the future of fast-food chicken. In fact, Chick-fil-a, McDonald’s Pizza Hut, and more have already teamed up with alternative food producers for their supply of plant-based meat and ingredients.