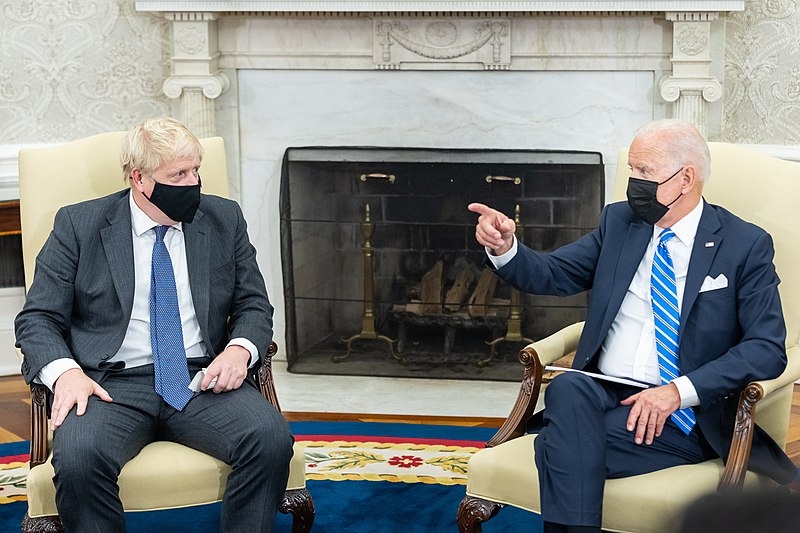 This week, US President Joe Biden hosted UK Prime Minister Boris Johnson, with one of the topics being the Northern Ireland Protocol. Biden warned against returning to a “closed border” with Northern Ireland.

Speaking to the press ahead of his meeting with Johnson at the White House, Biden said that the situation in Northern Ireland is something he feels strongly about and has previously reiterated the need to maintain the protocols along with other US lawmakers. The US leader was also pressed regarding a UK-US trade deal.

“To do with the UK, that’s continuing to be discussed,” said Biden at the Oval Office. “We’re going to talk a little bit about trade today and we’re going to have to work that through. But on the protocols, I feel very strongly on those.”

“We spent an enormous amount of time and effort, the United States, it was a major bipartisan effort made,” Biden continued. “And I would not at all, like to see, nor might I add would many of my Republican colleagues like to see, a change in the Irish accords, the end result having a closed border in Ireland.”

Johnson said that he and Biden were on the same stance on the issue with Northern Ireland and that no one wanted to see any interruptions or an imbalance in the Good Friday Agreement. Following the meeting between Johnson and Biden, the White House said the US leader reiterated his support for Northern Ireland.

Aside from a trade deal, the UK and the US also made a pact with Australia, also known as the AUKUS alliance, where the UK and the US would supply nuclear-powered submarines to Australia. However, the move led to a diplomatic crisis with France, with Biden arranging to speak with French President Emmanuel Macron following the alliance’s establishment.

France has agreed to send back its ambassador to the US following Macron’s phone call with Biden. Biden pledged not to leave France out of key defense decisions surrounding the Indo-Pacific region. In a joint statement, both Biden and Macron had agreed to meet in Europe in October, likely at the G20 Summit, to discuss how to improve discussions in the future.