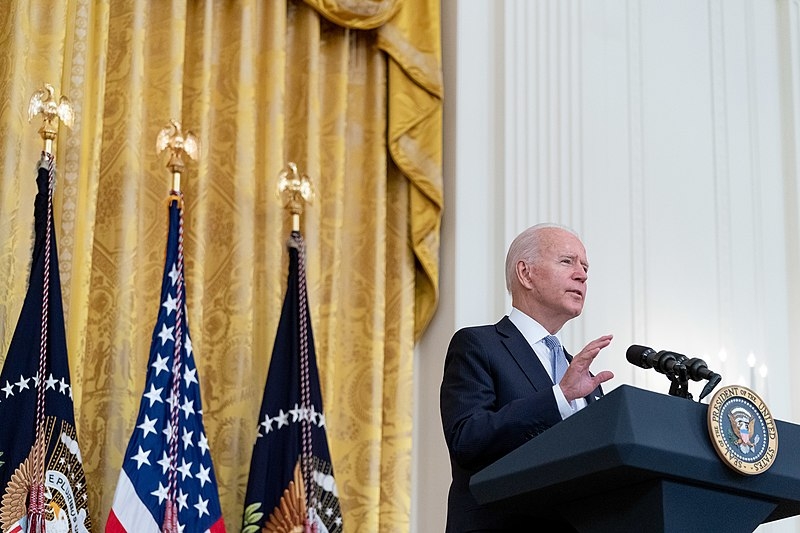 US President Joe Biden’s decision to ultimately put an end to the almost 20-year conflict in Afghanistan was met with mixed reactions, mostly positive. A recent poll by Politico revealed that surveys showed that Biden has a lot more support in the Afghanistan withdrawal despite heavy criticism.

Politico reports that surveys have shown Biden’s stance on ending the Afghanistan conflict and withdrawing US troops received more support than those who have opposed the withdrawal. This comes amidst weeks of the media’s criticism towards Biden, bolstering the criticisms pinned on him by Republicans. An international consulting firm, the C|T Group sent one-line arguments to residents of the US, Britain, and Australia, both in favor and against the US leader’s decision to withdraw troops in Afghanistan.

The survey found that the arguments for the withdrawal resulted in more people supporting the decision to leave Afghanistan while the arguments that opposed Biden’s stance were not as persuasive. The poll also showed that the most persuasive arguments involved keeping some troops to protect Afghans from the Taliban as well as making the withdrawal a more gradual process so the exit would not have been as chaotic.

“The vast majority of prolong-the-fight takes didn’t stick or were, at best, only marginally persuasive,” said the report.

“Our data shows that the Biden administration, the messaging it’s doing, is reaching an audience and is making an impact,” said C|T group campaign and communications director Price Floyd.

Biden has long opposed the prolonged presence of the US in Afghanistan even during his years as vice president. According to a new book by Bob Woodward and Robert Costa, “Peril,” it seemed that Biden was determined not to be cornered by the military generals regarding his stance on Afghanistan, which he has staunchly defended in the midst of the criticism.

The book revealed that Biden was reportedly determined to get the US troops out, especially as he has observed how the military generals were able to manipulate his predecessor Barack Obama during his first year when he wanted to end the war.

The book also notes how Biden ultimately overruled the attempts of Secretary of State Antony Blinken and Defense Secretary Lloyd Austin to push for a slower withdrawal. Blinken, according to the book, recommended that the mission be extended to gain leverage for political negotiations, but Biden refused.