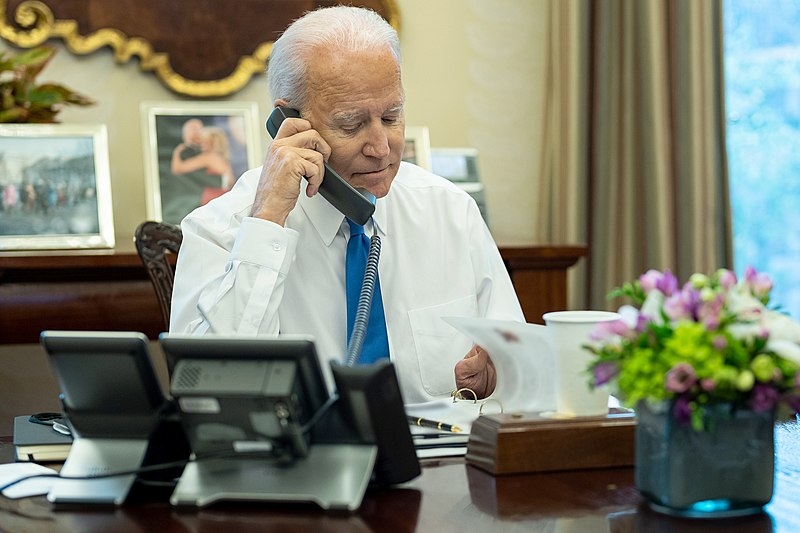 US President Joe Biden has requested the dismissal of a lawsuit filed against him by two former Trump administration officials who were removed from their spots at the Naval Academy Board. The former officials filed a lawsuit shortly after their firing.

Biden asked a judge to dismiss the lawsuit against him by former White House Press Secretary Sean Spicer and former Office of Management and Budget Director Russell Vought, according to Bloomberg. Both Spicer and Vought, who were appointed by Donald Trump, sued Biden in September 2021 for getting terminated from their posts at the board. Biden terminated them from their spots after taking office.

In a federal court filing by the Justice Department in Washington, both Spicer and Vought did not explain why there should be an “unprecedented limitation” on the president’s authority to remove board members, who are not subject to confirmation by the Senate.

According to the DOJ, both Spicer and Vought’s interpretation of the law over the 15-person panel, six of whom are appointed by the president “would preclude removal of board members for any reason during their terms.”

Back in December, US District Judge Dabney Friedrich denied Spicer and Vought’s request for a temporary injunction that would force the US leader to keep them on the board for the duration of the lawsuit. The judge ruled that Spicer and Vought failed to justify how it would “serve the public interest” to allow them to give Biden advice that he does not plan on considering.

In other related news, the Biden administration unveiled a set of new initiatives Wednesday in the push for clean energy. This includes plans to hold the biggest sale of offshore wind farm rights while ramping up construction of new power lines to transmit sustainable electricity nationwide.

The new efforts are a joint venture of at least seven federal agencies, and could further Biden’s ambitions of decarbonizing power grids by 2035 while cutting greenhouse gas emissions by at least half by the end of the decade. The initiatives are key parts of Biden’s Build Back Better proposal, that awaits passage in the Senate.

“We’re at an inflection point for domestic offshore wind energy development,” said Interior Secretary Deb Haaland Wednesday. “It represents a unique opportunity to build a brand-new industry that can combat climate change and create robust and sustainable economies – economies with good-paying union jobs that support families and put food on our table.”