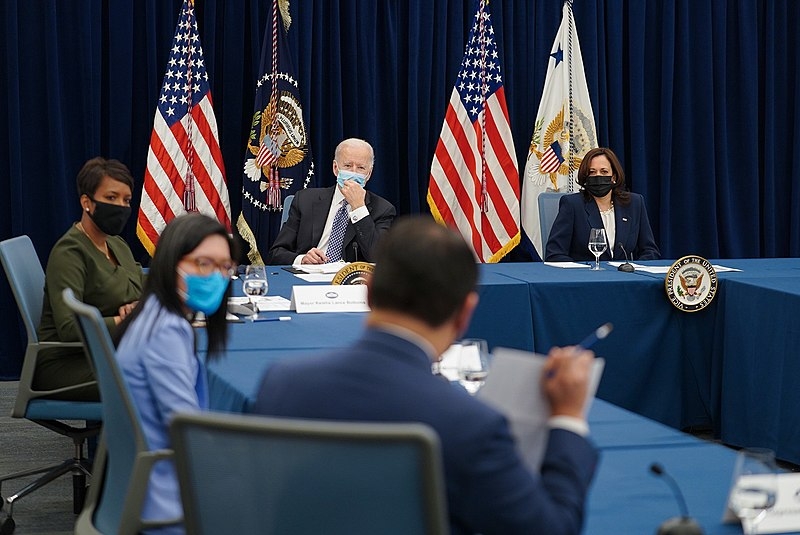 President Joe Biden’s administration faces a challenge at the southern border with the surge of migrants seeking to cross to the United States. Delivering on his pledge for an effective response, Biden has tapped his vice president Kamala Harris to lead the effort to stem the migration challenge.

Biden announced Wednesday that he is appointing Harris to lead the effort in tackling the migration challenge from Central America as the US takes on the surge of migrants at the border. This would be the first significant item in Harris’s vice president portfolio and with the vice president at the helm, there is a potential to bring forth the issue not only in the White House but also within the broader administration. In his announcement, Biden said Harris is the most qualified to lead the administration’s response with Mexico and the Northern Triangle which is made up of El Salvador, Honduras, and Guatemala.

Senior administration officials revealed that Harris will be working on two tracks, both short-term and long-term. The short-term effort involves “stemming the flow of irregular migrants to the US,” while the long-term effort involves establishing a strategic partnership with the countries involved “based on respect and shared values, to enhance prosperity, combat corruption, and strengthen the rule of law.”

“She is going to be focused on overseeing our diplomatic efforts, working closely with these nations to look at the issues of migration and their own enforcement on their own borders,” said one administration official. “More broadly though, she’s going to be working to implement a long-term strategy that gets at the root causes of migration.”

Biden previously called to ban assault weapons following the recent shootings at a spa in Atlanta, Georgia, and at a grocery store at Boulder, Colorado. Biden’s call to ban these weapons has received the endorsement of the New York Post, the conservative news outlet.

The outlet published an op-ed piece supporting Biden’s call to ban assault weapons to prevent more shootings from happening. “The New York Post does not see this as a conservative or liberal issue -- it’s an issue of life and death,” the outlet wrote. “Curbing guns is what led to New York City’s three-decade reduction in murders. And sadly, it’s the dismissal of that progress that has led to a rise in shootings here.”