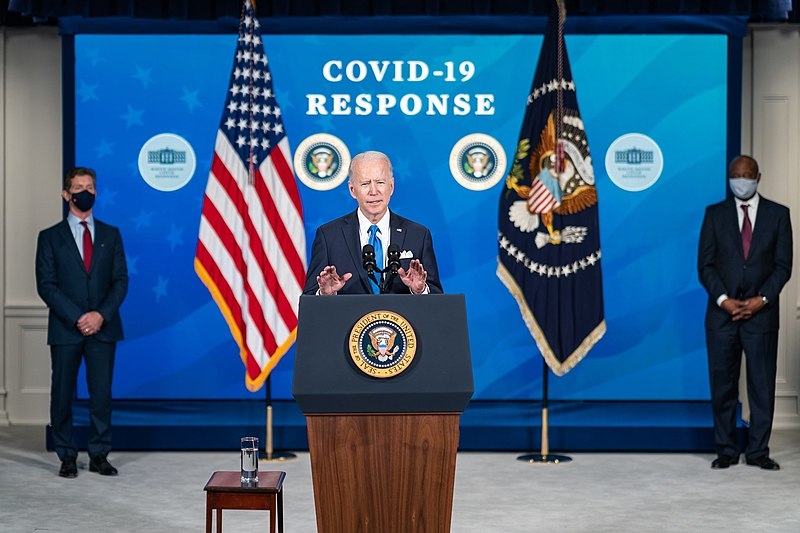 President Joe Biden made his first primetime address last week on what would mark a year since the lockdowns were officially put in place. In his remarks, Biden also addressed the increasing reports of hate crimes against the Asian American community.

Biden touched on the effects of the ongoing COVID-19 pandemic in the past year and called out the hate crimes being committed against Asian Americans. These hate crimes have since increased following the incendiary and xenophobic comments made by former President Donald Trump during the pandemic, referring to COVID-19 as the “China virus.” Biden condemned the increasing violence towards the Asian American community in his address and called for the attacks to end. The recent attacks, made towards elderly Asian Americans, have sparked outrage from the Asian American community, prompting lawmakers to respond to the issue.

“At this very moment, so many of them, our fellow Americans, are on the frontlines of this pandemic trying to save lives,” said Biden, noting that Asian Americans have since been blamed and treated as a scapegoat during the pandemic. “And still, they are forced to live in fear for their lives just walking down streets in America. It’s wrong, it’s un-American, and it must stop.”

A UN report released in 2020 found that since the outbreak of the coronavirus in the US, racially-motivated violence and other similar incidents against Asian Americans have hit an all-time high. The report cited incidents such as vandalism, physical assaults, and robberies towards Asian Americans and businesses and community centers.

Following the success of the $1.9 trillion American Rescue Plan becoming law last week, Biden, first lady Dr. Jill Biden, vice president Kamala Harris, and second gentleman Doug Emhoff will be embarking on a cross-country tour this week to promote the American Rescue Plan. They will be touting the benefits of the sweeping plan that will help beat the COVID-19 pandemic and its effects on the economy.