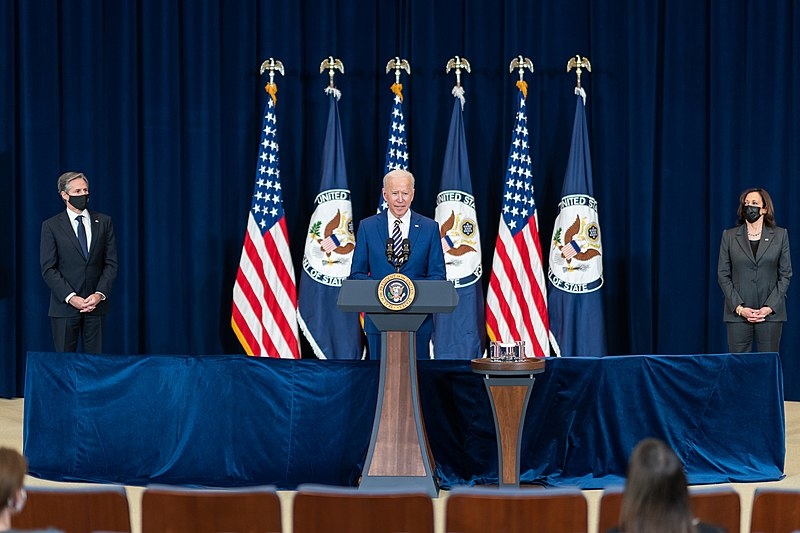 Biden addressed and condemned the recent mass shooting that occurred in Boulder, Colorado before leaving for Columbus, Ohio. 10 people were dead as a result of the shooting, among them a police officer. The incident comes days after the shooting in Atlanta that left eight people dead, with six being of Asian descent and prompting public figures to speak out against the hate faced by Asian Americans.

Biden has actively supported laws that would promote stricter gun control, including a ban on assault weapons. Not long after the shooting, Biden ordered the flags at the White House to be at half-staff to honor the victims, less than the 24 hours between the two shooting incidents.

“I don’t need to wait another minute, let alone another hour, to take commonsense steps that will save lives in the future,” said Biden. “This is not and should not be a partisan issue. It’s an American issue that will save lives, American lives. We must act. We can ban assault weapons and high-capacity magazines in this country once again.”

Biden has been traveling the country as part of his administration’s “Help is Here” tour to promote the $1.9 trillion American Rescue Plan that would bring relief to Americans in the time of the pandemic. The president traveled to Ohio this week to commemorate the 11th anniversary of the Affordable Care Act.

In other related news, Biden is set to meet with leaders of countries under the European Union on Thursday in a video summit. The leaders will discuss improving the trans-Atlantic cooperation following the past four years of frayed relations between the USA and other countries during the Trump administration. The 27 leaders under the EU will be taking part in a two-day summit that starts on Thursday to talk about a wide array of issues from COVID-19 vaccine distribution to relations with Russia.