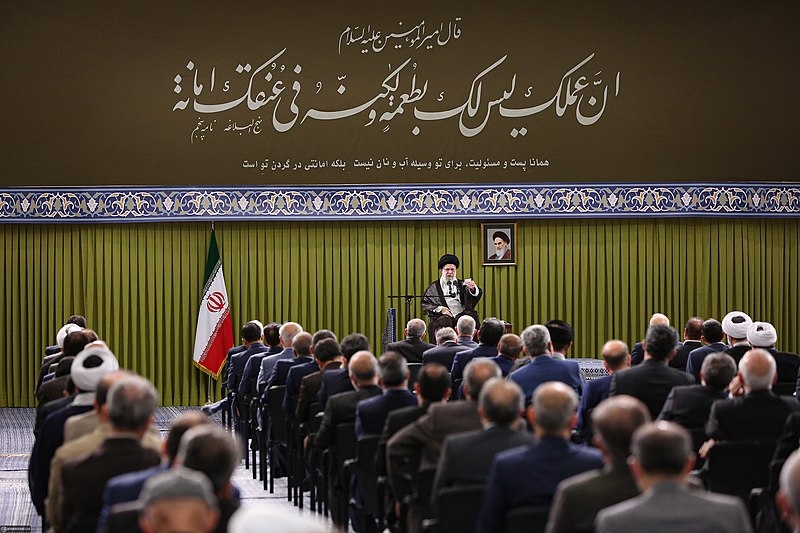 The recent building collapse in a region of Iran has sparked protests from locals, including residents of other cities. As the demonstrations continued, many protesters chanted anti-government slogans as search and rescue missions were ongoing.

Reuters reports the protests taking place in several Iranian cities are continuing over a building collapse. In videos posted on social media, demonstrators could be heard shouting anti-government slogans over the collapse, which authorities blamed on individual corruption and lax safety measures, and 13 people were arrested for violating construction regulations.

The demonstrators blamed the collapse on government negligence and corruption.

Officials said that the number of fatalities from the collapse went up to 34, with 37 people injured. Rescue workers are continuing efforts to look for more people under the rubble.

In a video shared on Twitter, there were shouts of “death to Khamenei,” referencing Iran’s Supreme Leader Ali Khamenei, reportedly coming from the Nazi-abad district of southern Tehran. To note, the government considers the anti-Khamenei slogans as a “red line.”

In another unverified video shared on the platform, Iranian law enforcement was attempting to disperse the protests through intimidation. In the protests at the southern area of Bushehr, the demonstrators were heard chanting “death to the dictator,” also referencing Khamenei.

“They’re lying that it’s America; our enemy is right here,” demonstrators were heard shouting, a common slogan in the anti-government protests in the country.

This comes at a time when residents have grown frustrated with the rising prices of food and other economic problems amidst paused efforts to revive the 2015 nuclear deal that would relieve Iran of sanctions.

Tehran has criticized the report given by the International Atomic Energy Agency regarding its nuclear activities in another potential clash with the Western powers who are looking to revive the deal.

This follows the report by the UN watchdog Friday last week, saying that Iran has not given substantial answers about where the particles of uranium in its undeclared nuclear facilities are coming from.

France’s deputy foreign ministry spokesperson Francois Delmas told reporters that France is calling on Tehran to respond to the questions and concerns of the IAEA under the safeguards agreement.