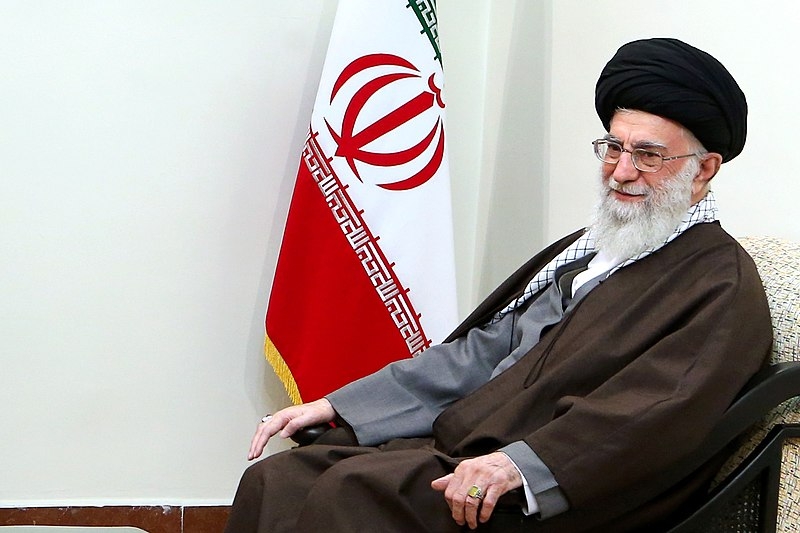 Iran is experiencing some civil unrest following the collapse of a 10-story building, in which authorities and protesters pinned the blame on corruption in the government. Iranian Supreme Leader Ali Khamenei accused the West of stirring up the unrest, claiming foreign governments were looking to overthrow the Islamic Republic.

In televised remarks Saturday celebrating the 33rd anniversary of the death of Iran’s 1979 Islamic Revolution leader, Ayatollah Ruhollah Khomeini, Khamenei said the recent protests were the doing of foreign “enemies” that are trying to overthrow the Islamic Republic.

Khamenei went on to claim that the US and its allies are waging a “psychological war” on Iran, accusing the country of piracy after seizing two Greek ships after the US confiscated Iranian oil from a tanker.

“Today the enemies’ most important hope for striking a blow at the country is based on popular protests,” said Khamenei, referring to the recent demonstrations over the collapse of a building in southwestern Iran. 37 people were killed in the incident.

“They hope to turn the people against the Islamic establishment and the Islamic Republic through psychological work, activities on the internet and cyberspace…and by spending money and recruiting mercenaries,” said Khamenei. “But the enemies’ calculation is as wrong as many earlier ones.”

Authorities said the cause of the building collapse at the time was local corruption and lax building safety rules.

Protesters, however, said government negligence and the ingrained corruption were to blame. Some demonstrators were chanting anti-government slogans, including anti-Khamenei ones.

Iranians reported disrupted internet services which was an attempt to stop using social media to organize rallies and share videos of the events.

Meanwhile, Israeli Prime Minister Naftali Bennett told the UN nuclear watchdog IAEA that Israel would prefer a diplomatic solution to the standoff between the world powers and Iran over its nuclear program. Bennett also noted that Israel could also take independent action.

Bennett’s warning to IAEA chief Rafael Grossi who visited Israel, also comes as the Western powers on the IAEA board of governors called to rebuke Tehran for failing to answer questions on the uranium particles that were discovered on old, undisclosed sites.