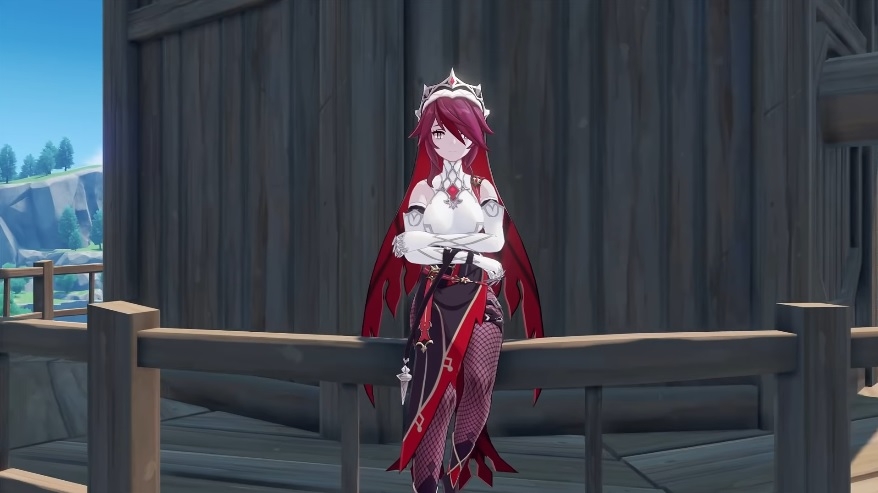 Rosaria has been part of the earlier events in “Genshin Impact,” but the character demo miHoYo released this week is the first time fans are seeing her in action. While her demeanor makes it seem like she is always uninterested, her character description makes it certain that she goes in combat with utmost professionalism.

“Genshin Impact” players can soon get Rosaria, a four-star Cryo, as the latest playable character. As shown in the character demo video, her Normal Attack is called the Spear of the Church that lets her attack her opponents with five strikes in quick succession.

She also wields an Ice Lance that comes in handy for her Elemental Burst called Rites of Termination that could slash and practically freeze her enemies. Rosaria’s personality and backstory are just as interesting as her combat moves.

The next “Genshin Impact” playable character is a sister of the Church of Favonius in Mondstadt. As fans can pick up from the character demo, she can easily get bored and has a special taste for wine. Other characters describe her as a “nonconforming” nun, but thanks to her outfit, her profession can be easily distinguished.

miHoYo also describes Rosaria as not having much interest in bonding with her fellow sisters of the Church. She does not like attending choir practice but enjoys her “breakfast wine.”

Based on one of her voice lines, Rosaria values discipline and her time to the point that she has no interest in working after her shift. In her own words, “Everything is negotiable, except overtime.”

‘Genshin Impact’ patch 1.4: When to expect Rosaria’s arrival as a playable character

Rosaria’s playable character status is expected to go live with the Farewell of Snezhnaya event wish, which is expected to run from April 6 to April 27. Since she is a Cryo character, she is perfectly matched with the five-star Hydro Tartaglia, who will be having his re-run during the same event.

“Genshin Impact” is currently available on Android, iOS, PS4 (PS5 via backward compatibility), and Windows PC. miHoYo is developing a Nintendo Switch port, but there is no word yet if the game is planned for an Xbox launch.